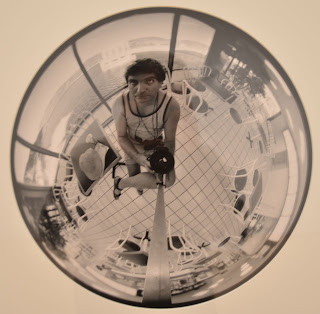 I assumed that most people thought of Nelson Mandela as a hero. Not so, say some online Brits. Apparently, he was a terrorist and was in prison for good reason: treason. I tried to point out that he was resisting what most people considered a tyrannical and outright racist government.

Little matter, that. They likely oppose those filthy Palestinians as well.

Ah well, what can be done. I should have listened to my ol' buddy Selavy. You can't convince anybody of anything they don't already want to believe. It is all a foolish waste of time.

I have nothing to say today, but would like a chance to prove it.

In the distance the houses are burning. The smoke rises without following us.

I'm not sure if I like intoxicants or intoxication. I know the difference, I simply don't possess a control group from which to test.

The child's hand around the stem of a wineglass, the expected tilt, the carpet beneath, the tears.

She had done her white hair up such that she looked like an animated toilet bowl cleaner. Hairspray bolstered the illusion. One quick dip in the water and she would have proven useless.

It was the most effortlessly graceless performance I had ever witnessed.

Seeking a sordidness I could not find.

She was a delightful recipient.

Nope, nothing's working for me. On another day I might have stretched any one of those sentences out past its logical end. Not today.

Let's pick back up here tomorrow and see where the world has taken us.