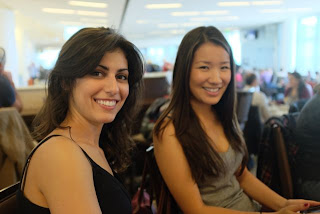 What is it about traveling, visiting old friends? Why the required drinking? Or, more specifically: why the required overindulgence? I feel like I got beaten around the ears and eyeballs with a double IPA bottle. There's too much alcohol in those beers. It takes away some of its self-governing properties. You shouldn't be able to get drunk from beer alone. It goes against all that I have learned, all that I know in my heart.

Is that really a word? Overindulgence. It seems like two separate words that have become united through misuse. The computer's not correcting me, as it usually does. It must be A-ok... It took the advent of spell-check on computers for me to realize that most of the words in my head were pure jabberwock. Nonsense. Articles of imagination, shared by few or none.

So, I sit here at my friends' dining room table and let my body metabolize the many, many beers that I consumed yesterday and last night. I am waiting for them to wake up so they can take me to the gym and feed me breakfast.

Traveling is often interesting and vaguely unpleasant. As I get older, people, particularly youths, amaze me with their uncluttered naiveté. It's an occasional charm, for sure. The girls above were sitting at a bar near the boarding gate. I was playing with my camera and we were chatting. They asked me to take a picture of them with the Asian girl's iPhone. I obliged, of course. Then - and only because I had my camera out - I took a picture of them with it, knowing that it would result in a much nicer image, because I would meter and focus on the girl's face who was closest to me. Photographing people with a strong backlight is difficult with a camera phone. It flattens everything, rendering an dull image, one that does not do justice to the actual light in the space. It takes an average reading. I thought that if they asked I would email them a nice picture of them sitting together. They were both very agreeable to my picture taking. Friends.

When done, the girl closest to me said, "Make sure those don't end up on the internet!"

I said, "Oh, I doubt the internet is interested much in that sort of image."

No laughter. No knowing, agreeable smile. Nothing. She just got really silent and seemed to act as if I had said something wrong. Had I? I don't think so. I didn't care if I had, I would be honest with myself about it, and of course, you guys.... but, what did she think I was going to do, jack-off gazing into her eyes? What a creepy young girl she must be, twisted and spiraled into her own self-image and sense of self-worth.

But then again, aren't we all.

I should have asked her when she planned on plucking her eyebrows next.

"Your ass is too flat and too wide."

"You and I both wish you were much prettier, don't we?"

There were lots of things I could have said, but I didn't.

Had I unwittingly raped her? I suppose she did suggest a "no" in her sentence. I have, of course. betrayed the sanctity of the moment by posting the image here. If I'm going to be made to feel guilty then I deserve to find a way of deriving some pleasure from the moment, no matter how wrong and perverse that might be, etc.

Always noticing, never observing; overlooking, with the intent of one day overseeing.

What am I getting at here?

I'm trying to find a way to tell my boss she has a sexy voice and I really like listening to it, a lot. I want to propose a new calendar concept: The kinky girls of HR....

Jesus, what the fuck is wrong with people, or me, or both? Civility has its limitations, or it should anyway.

Where am I going with all of this?

All behavior can be potentially construed as worthy of punishment, or "correction", if you examine with the right kind of eye, looking towards the future. The only way back will be an increasingly unpleasant one. Societies do revert. History is not at all times an unhindered march forward. Not all Progress is progress.

Women used to like men more, I think. Sure, they also hated them and the power dynamic was all wrong. "Mad Men" has taught us that. But our society has lost some of its natural verve, also. The innate boisterousness of men and boys isn't a thing to extinguish, or even punish. It is what makes us who we are, both women and men. In that same way women have a naturally civilizing influence over men. There is meant to be a balance, I think. We each help define one another, at our best it happens naturally. We're currently in a race to see who can complete a neutered society the fastest. It is what women indicated they wanted, right? A sexless society?

It's as if the giant teacher in the sky told us to get back in our seats and we all just listened, happy to be scolded.

It's really better this way.

I don't mean that sexual aggression should be encouraged, at all. But neither should sexuality itself be suspect on every possible level, scrutinized in every conceivable way, down to the most minute and potentially misperceived details... If it is a learned behavior then we must crack the code. You have to break a few eggs to make an omelet, right? We don't want women to become too bored with their emerging social power. That could be dangerous.

No "rulebook" has yet produced a society of interest. It might result in the eventual and complete defeat of manners, but that's all. Yes, yes, unwanted sexual advances are wrong, everybody knows that, right? But what about unwelcome non-sexual advances? Like runaway rules.

I tried discussing this with a friend recently, relaying briefly an article I had read about a cultural critic, a female, that suggests that we should loosen the rules on sexual behavior in the workplace, that they are stifling the creativity of our culture, one of the very things that makes us strong and vibrant. She looked at me as if I had just offered to sell her into border-town sex slavery, like I was considering trading her off for a camel and a carton of cigarettes, to be tied up in the lobby of a sex dungeon to be had for free, as a rape appetizer.

I don't even remember the result of the conversation, but the climate of it was clear: I have completely lost my mind. The only assumptions that need to be questioned are mine, or ones that I have read.

Perhaps. To even converse in a manner that suggests alternatives to our current concepts of "progress" puts me in the pro-rape camp again.

When did we give over our complete trust to "The Rules"?

So, I didn't bother suggesting that I could email the pics to the two girls in the airport. I just ignored them the rest of the time they were there, which I'm certain made them feel increasingly uncomfortable. But what the fuck, right? It's not an image of her sticking a banana in her ass and making her friend eat it, or anything like that. I hadn't even thought of that until just now.

Her friend is out of focus, or not in very sharp focus. It is a very bad habit of mine. I try to shoot everything as "wide open" as possible in terms of aperture. f2.0.

At the same bar, next to them, was this young man of 23. I know this because he announced it to the girl he was sitting with, who had just divulged her age as being 21. I couldn't help but listen to their conversation. This is due mainly to the volume of it, not the content.

He hasn't yet come to terms with the fact that he is gay and he still gets some pleasure from making girls that are "beneath him" in attractiveness become attracted to him. He is practicing for the guy that he will one day soon meet. He didn't say any of this. I intuited it all. The way he was dressed, the veiled flamboyance in his voice, the fabulousness of his stories, the careful way in which he interrupted her and re-directed the conversation back towards himself. All of it.

He'll be sucking cock by the end of the year, if he isn't already.

I don't mind, of course, but there was an inherent dishonesty in the way in which he was treating the girl. I could feel it. She thought that she had found an exciting and good looking guy with whom she could talk, and listen. Mostly listen, but that's fine, she found him fascinating, and she felt good about herself, that such a spirited young man found her of sexual interest.

He was recruiting a future hag. This poor, dear dolt never even knew.

It was after the flight, at baggage pickup, that I noticed what he was reading: "Fifty shades of grey"... An interesting young man like himself must keep abreast of current literary trends, I suppose. It was not only that he was reading it, but he was carrying in such a way as to announce the fact to anyone that might be interested, swanning it a bit.

She was heaving her bag along, an over-packed, lumpy duffle of some sort. It swung partway around her as she tried to navigate her way to the parking garage. It would change her course from time to time as gravity suddenly worked against her, and her feet shuffled and stuttered to compensate. He had a cute little black suitcase that rolled behind him daintily, giving him the freedom to flaunt his taste in contemporary authors. He made no offer to help her, which seemed fine with her.

These are modern times, and they modern people.

Once, while working at Apple, I walked by the HR office and overheard a gay guy making a joke with another gay guy, and for all the women who worked in the office. It was rude and definitely constituted a violation of workplace conduct. I wish that I would have written the quip down as it is worth repeating, to reflect the severity of it. But trust me, and I am no prude, the joke was well past what would be considered appropriate workplace banter, by their own standards. It had something to do with largeness and the pleasure of penetration.

I, of course, don't care. But they should, it is part of their purpose for being there, etc.

It was all laughs and giggles in the office. No cause for alarm, at all. You see, it was not a man that made the joke, but rather a roomful of women that allowed it. Women who are paid to monitor and prevent that very behavior. I was tempted to walk into the office and in a completely deadpan voice repeat the joke, word for word, and stare at the female head of HR, then announce that I too am beyond the reach of her silly command, and no longer in need of her "resources."

This new world longs for the epicene. 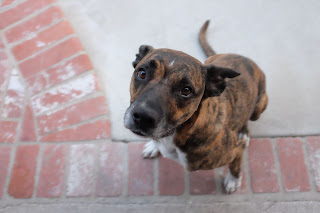