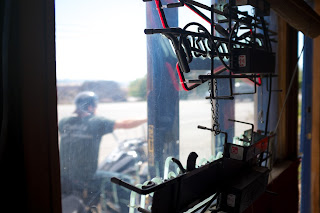 I am not alone in my suspicions of Edward Snowden, nor of his superheroics.

The problem, for me, is that too many people define themselves by, and insist upon, their purely anti-government stance, as if it is a pre-agreed upon virtue. To speak in any way otherwise, even if you only suspect the government in slightly different ways than them, or for different reasons, is to question the very sanctity of community and friendship itself. It's like insisting that we all must be adequately pro-oxygen, or else what reason to love, what possible purpose?....

But how can you not see how they have you fooled....?

Just try this: Suggest that there is not enough research to yet support that genetically modified foods are as dangerous as claimed. There is mostly just pseudo-anecdote and organized suspicion from the one side. The long-term research that has been conducted on genetic modification is claimed to be inconclusive, because it tends to support the opposite claims.

To be fair, genetic engineering is a more recent development, about 40 years old.

The problem is not just with the science conducted by big-industry, but the other stuff also. The supposedly damaging reports from the purely organic-fans can not be reproduced. These are as dangerous to truth as anything else. The anti-GMO crew are not entirely dissimilar from those who deny climate change, they largely ignore the science in favor of their feelings about a thing, their studies. Hysteria must be pleasant, for some, even in small daily doses. Their demands are not unreasonable, but the results could potentially be devastating. Their behavior is fueled by a culture of ignorance. I swear it, read the actual independent studies, the peer-reviewed ones, the ones that can be reproduced.

This is not to say that I don't favor labeling, or even that I trust genetically modified foods. I only fear the effect that labeling might have, allowing fear-mongering and economic denunciation to take the place of public discourse in any substantive way. The biggest sin of the future will be poverty, if it isn't already. We are not far off from blaming the needs of the poor for ruining everything for the rest of us. It's simply that they need to eat also that's causing all of the problems and driving the need to produce stronger crops on less land. The dietary greed of the impoverished and starving is ruining the earth. Right?

That bothers me. There is something inherently wrong, and even evil, about it. The liberals will, of course, never outright make the claim, they lack the courage. But it will be introduced into the conversation once they realize the problems that their demands create. Once foods are labeled then only the iniquitous would ever dare eat them. It is the underside and the ugliness of the liberal lie come to life. The only good liberals are rich ones, or middle-class ones that think themselves rich in enlightened ideas. Poor liberals are the ones that are causing all the problems for everybody, right?

In a society based mainly on economics the biggest, and perhaps only, sin will be poverty.

Try having that conversation, even if you don't entirely believe it. If you want to understand part of the essence of why people believe a certain thing then question the assumptions, expect them to qualify the claims made, whether they be wild or reasoned. It will often result in anger or dismissal, mostly, rather than clarity on the subject. The agreed upon evil is what matters most.

But how can you not see how they have you fooled....?

(I should note that I have not read every possible study, nor would I consider myself even well-versed on the subject. I did some reading when the labeling proposition came up on California's ballot. I was amazed at how many of the reputable science journals expressed caution and even outright suspicion or derision of the wild claims of the anti-GMO camp. Most of them agreed that the science simply isn't there to support the claims of the one side, that the science supports the opposite. This fact will excite the "anti-crowd" more than almost any other. It is the surest sign that you are being duped, that you would trust science and research for anything at all. Little matter that you point out to them that the studies cited are independent studies conducted globally, often by liberal institutions. There is a wide general consensus that genetically modified foods are safe. But the only science to trust, apparently, is that which supports superstitions. Only they possess the real truth, anything else is just ignorant, and you must be in league with those who are killing the earth... Ask them how sustainable organic farming might feed 7 billion. Oh, then you'll hear some certain facts...)

But enough about all of that. It is time to move on. There are things other than deceased horse-beating that must happen around here. Who knows, that horse may have died from all that Monsanto witch corn. It's probably the least safe to beat one of those. It'll just creep back into the soil. We had better burn it.