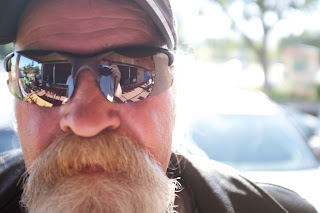 So, here is the new look for the site. Let me know if the green and mauve don't work. I had a few complaints about the other, the white on black. I have a couple aging retirees who read here regularly and it was negatively impacting their eyes, apparently. They were seeing "trails" again, they claimed, when they looked away. Easy fix, I said, don't look away. A testament to how closely they were reading, certainly. The white background will overheat their computers more, and wear out the lcd faster, and be far more conspicuous when reading in the dark, but as long as it keeps their glaucoma from further advancement, well... victory for the eyes.

The mobile site is unchanged. It has always been black on white, like an old girlfriend's fireman fantasy.

A new study suggests that women are naughty, filthy sluts. That can't be quite right though, right? Well, sort of. The study suggests that women cheat much more than previously thought. They are just far less likely to be honest about it, even in an anonymous survey. Past wisdom reflected that men cheated more than women, the opposite is the new truth. Or, it is much closer to equal than the experts had thought.

A telling experiment used to be to type "why do..." into the Google search field. The first and presumably most popular response based on their auto-suggestion algorithm was "why do men cheat" I just tried it and it has now changed. Children have apparently taken over the internet and the top suggestions from Google are now "Why do we yawn" , "Why do cats purr" , "Why do dogs eat grass" Women must have finally satisfied their curiosity about such things.

Oh wait, it's Father's Day, I should show some decorum. Or, is it Fathers' Day? We already went over this in last Mom's Day. It was boring then and has not gained any.

Okay, I'm out of time this morning.

Big day ahead: breakfast, the beach, a softball game, possibly a dinner. Who knows...

I found this in an old stickie on my desktop. I never published it, so you get some recycled wisdom here:

I'm not sure why I do these kinds of things to myself. I went and saw "Jurassic Park 3-D" yesterday. It was terrible, I mean really horrendous. I guess I just couldn't take it any more. I've been in the house, sick for days. I only wanted to get out of bed and do something. I haven't been to the cinema by myself in years.

Luckily, I had the entire theater to myself, so I could complain out loud as it was happening. It was like Mystery Science Theater 3000 but without any audience, and I was short two robots.... sort of. Midway through the film a friend called and I sat and chatted on the phone with her while the cinematic disaster unfolded. Yes, I had my ringer on. Why not? I felt like Howard Hughes. If you've never had the luxury of sitting in a movie theater talking on the phone... oh wait, what am I saying, lots of people have done that.

No other film comes immediately to mind that was made for the sole purpose of branding, none that I've seen before anyway. It was as if I was watching a product somehow survive its own abortion and then screech to life. It seemed like Spielberg was trying to repeatedly kill it as it was happening. Every dull suspense cliche was trotted out and methodically misused. These are filmmakers who have simply given up on life.

I think that might have been the same year that he did "Schindler's List."  What can be said about such things? I believe this was the same year that I entered film school, so these were the films that were being discussed at the time, and "Terminator 2"(still) and "Forrest Gump" and "Pulp Fiction", of course.

That was the climate of Hollywood filmmaking at the time.

It was boring then and has not gained any.