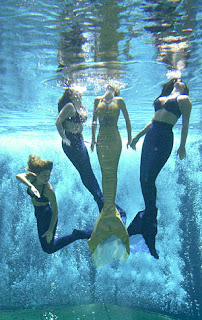 The rains have not stopped. Yesterday morning, after publishing my post, Rachel and I discovered a leak in the ceiling. We had known something was wrong but we weren't quite certain what it was, now we know. A piece of the drywall tape had come loose. I had convinced her it was just poor workmanship, that we would get it fixed.

Nope, or at least not in the way that I had thought. The poor workmanship was higher up, on the patio outside of Rhys' room. A friend came over who does roofing and we discussed strategies for repair. We will have to wait until everything dries and then use a hose to try to find the leak. For now our house is a water park of sorts, we dance among the magical waterfalls.

I poked two holes in the ceiling to let any standing water drain out. There was none. By doing so I have caused what water was there to make its way further along into the sheet of drywall. It was a calculated risk, it had to be done. Too much water standing in the ceiling could have been much worse.

Home ownership is not always the unending joy that it seems. The value of our townhouse has increased somewhat dramatically in a single year as the market has rebounded. Somewhere, someone will be getting even more wealthy off of our eventual bad luck. We have considered remortgaging already. How can that be?

Another friend has warned us not to do so unless we can get a full point off of our current interest rate.

What the fuck am I writing about?

Jesus Christ, it's only a matter of time before this site becomes dedicated to Christian Financial Advice. I'll open an office somewhere in Texas. I'll call it Mormons For Money.

Doesn't the word Mormon sound like it belongs next to Gorgon in The Clash of the Titans?

Last night I got in an argument with a few people that seemed surprised, adamant even, that there exists abuse potential in pharmaceutical pain killers. They seemed mainly content to blame the companies that make the drugs and the doctors that must do their nefarious bidding. It ended poorly, or rather my contribution to the conversation did. I mocked my counterpart, after being told that I was "non-sensical," or rather that my assertions / analogies were, that my observations were not apt, which means that they were not appropriate. This assessment, a clear attempt to limit the use of the mind, was somehow not considered an insult, though my use of the pejorative "dunce" was. If you don't toe the line that big-pharma is simply all evil and that all creators of GMO's are likewise purely villainous, then you will feel the collective wrath of the left. Just try it sometime, for kicks.

As I get older I find myself less and less able to align myself with that which might be called "the left," though I am still far from agreeing with much of "the right." I somehow oppose both of them, though not always equally or adequately, apparently. There are simply fewer and fewer places remaining to go. Even agreeing with people online is difficult. There is a "righteousness and indignation quota" that must be met, if yours is found to be insufficient then you are in line with the evildoers, fooled by the media, a dim-witted shill for the corporate elite.

What passes for "science as proof" online is likewise shocking. I don't think that many bother reading the studies that are buried in the articles they post. They are presented as unread and yet incontrovertible fact. For the study to support their assumptions is alone good enough. To question the study, or the science behind it, is when you will really suffer the ridicule. Being literate is not enough, one must have already published a contrary study, though this same qualification is oddly not needed as a means of agreeing with said study.

As for the abuse potential to be found in pain killers, I was more than willing to prove my point. As part of a loosely related independent study I promptly ate a Vicodin and a Klonopin (not strictly a pain killer, but rather a hypnotic anticonvulsant classified as a benzodiazepine, which has muscle relaxant properties, a thing which anybody my age or older will assure you has a pain relieving effect), and then a Xanax to help relax me as the others took hold. You don't want to go into anything like that with stress plaguing you. It's very important to drift comfortably into that strange world, a soft and somewhat rounded place where one can easily bend and reshape their surroundings to the will of their mind, if only to justify the quest.

What, precisely, it is that I am looking for there, I never know. In the search for a thing unnamed I discover other lost phantasms entirely detached from purpose, just floating there like eye angels along the vitreous humour, starting as the shape of unicellular amoebas, in time becoming banshee mermaids, wonderful in their amorphous animated proportions.

In the morning when I slumber through they are all lost to me, like the memory of billboards passed in the rain during an ancient Florida vacation, the advertisements of floating myths, underwater nymphs, dancing and twirling among the reefs, Weeki Wachee and Blue Springs pulled from the past and saved, like lost souls now swimming alongside the Mighty Mormon.