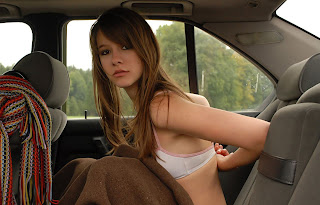 My buddy, Selavy, is a talented old syphilitic. For many long years he has harangued me about sending him naked pictures of the various women (girls) I've known, or loved, presumably so that he can abuse himself privately at his own leisure, to his own foul ends. I have sent him some pictures that highlight the more fascinating components of female physiology but never told him whose anatomy was revealed in the image, whose genitals and anus were attached to which person, which smiling face, etc. Instead, I misled him, giving him snatches of insight while intentionally swapping and confusing the names, deceiving him in perpetuity. He still has no idea whose parts he's actually been gazing at. The color of pubic hair is often a perplexing mystery, particularly when it is lighter in color.

That was more fun for me than honesty. I have no special obligation to, or relationship with, the truth.

He can not help himself, the syphilis has gripped him. He's not exactly a dirty old man, neither is he a pervert. Perversion would imply a deviation from the norm and if anything his tastes are rather prudish, comparatively speaking. His impulses seem quite normal to me, almost healthy. He is merely more comfortable expressing them privately than most. Also, he is yet to be truly old, though he might disagree with this objective, non-clinical assessment. As for his tastes, he often makes some very salient points concerning sociobiology and the sexual tendencies of groups. It is difficult logic to argue with.

His cadging for glimpses into the lives of others goes on unabated.

Alternately, he has forced upon me thousands and thousands of naked images to review. Is it a "nude" or is it a "naked image"...? I forget, though one is preferable and more precise than the other. I don't feel like thinking about it this morning. But there is scarcely a women I've ever met through him whose anatomy I have not seen in alarming detail, often with various props. He is never one to deny the model a little mise en scène when it suits the mood. He rarely lapses into what might be considered pornography, by most. This is not to say that his fascination does not extend to that point, only that his artistic temperament often prevents him from giving in to such base impulses.

His fetish mainly seems to be the fetishes of others.

"What good are friends like this who would fool you about such explicit things." -Selavy