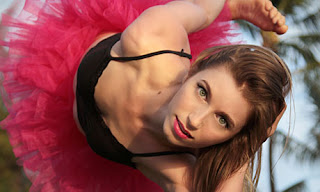 Jesus. My post from the other day was not meant to represent a totality of thought on either Edward Snowden or the high price of freedom, I do not possess such a thing. I only have reflections and reactions. I think that should be made clear enough by reading the post, which was qualified where necessary. I have had people emerging from the chat-boards to publicly berate me for not adequately praising his actions as purely heroic. Admittedly, it was just an initial reaction, but heroism at the level claimed remains to be seen. There exists within his actions something else also.

Reading more, it has become clear that some of what I had mentioned in the article was driven by trivial reporting. Let me try this again: I am not a media agency, a journalist, or in any way associated with a news reporting establishment. I write a daily open email to my friends. It is meant to be entertaining, fun, and hopefully possessing occasional insight. If I have failed my reader base, then so be it. If only I were able to act the same towards them for, Oh, I don't know... not reading my posts daily. Something silly like that.

There is much more to any action than simple heroics and national betrayal. I did not mention at all that his girlfriend was a pole dancer. That would seem trivial, to me. Also, I did not even know it at the time. I had only read three articles, all of which were rather surface. Since then I have found out more and I am understandably taken by some of the details. I misspoke that he was a low-level employee, as that was what had been reported by one of the articles I read. Correction: He was a mid-level employee. Beyond that, I stand behind every word I wrote. It was not even an opinion, just an idea, a rambling one at that.

For once, I let others be sanctimonious and filled with praise and condemnation. Hopefully, my real friends will forgive this minor transgression.

Moving on. Can you believe this Edward Snowden guy...?


I had meant to write some trivial reflections on LA this morning, but there is no time left.