The window to the pool 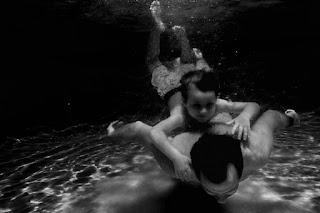 Of course the purely exhibition boxing match was a vulgar sports spectacle, and yes, I should feel sickened at myself for having any opinion on such a thing, or participating with it in any way publicly, but this site was shipwrecked and abandoned long ago on the shores of shame. I'm an almost 50 year old man that regularly writes about the pleasures of masturbation. It should shock no one that I'm willing to give my opinion on a sporting event that is the near equivalent of two televangelists from neighboring states competing for ownership of a retirement community on the border between both. Each of those two fuckers should have been bullwhipped for loudmouthed shamelessness, but instead they walk away with almost as much money as can be found in a modest day's lottery winnings.

Well, one more thing. I don't think McGregor came to fight, he came to fuck. Did you see him try to touch Mayweather with his hard-on at the weighing in? There are rumors that he kept whispering, I know it's ugly Floyd, but touch it anyway, it makes me so feel good.

Ok, no more on mixed-martial-boxing.

Yesterday we loaded up the picnic baskets and took the neighborhood kids to the local Morton's Warm Springs Resort where we swam most of the blistering hot day. We also went down to the river where the kids enjoyed the cooler, shaded, murky bacterial waters of nature. They would wade out into the mud and just laugh and laugh. I'm trying to strengthen the boy's immune system with a little early onset ringworm.

I love the picture above, taken by our neighbor. Since getting the underwater camera I now have about double the amount of pictures of the boy and I than I did before. Best $150 I've ever spent, at least as far as camera gear goes.

That and the Fuji Instax have made photography fun again. Who knew that fun photography is cheap, not expensive at all. It only requires enthusiasm.

I leave Wednesday night for LA. I will go get Rachel and drive her and her father's ashes back to Sonoma.

She and I once drove across the country. Did I tell that story yet? If somebody could skim through the 2500 posts I've made here since 2010 and let me know then that would potentially save me a whole bunch of time, and just think of the many forgotten rewards...

She and I started in Venice, CA and ended up in the East Village, NYC. It took us two weeks in early October. It must have been a thousand or more years ago now, before 2008 at the very least, back before there was death, loss, so many late nights spent apart in the outcasted confusion of love denied.

Here is an unedited version of the first picture I ever posted of her on this site. I like it.

It's been said that the eye is the window to the soul, but when you're in love it's never very easy to tell exactly whose soul it is the window to, seems that it could be either. 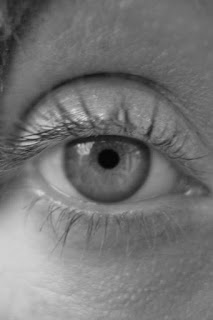