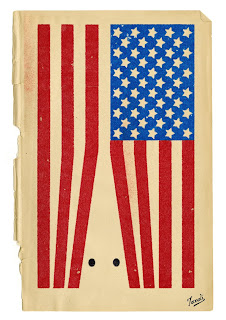 Florida is not really the south, and perhaps I could have chosen a better set of nouns than liberal and conservative to advance my soapbox to the next round. That being said, conservatives are enabling this disaster. In that I rightly align them with the white nationalists who also think the republican party is finally doing things right, and once and for all getting America white on track.

Well no, of course we all know it isn't that simple. You can't blame republicans for the population of the republican base. But isn't it that simple, really? You can blame the republican party for this. It's easy, just give it a try. Every accusation seems to fit now.

You can also blame the implosion of the democratic party for part of this, but it really is the republicans that should be having him removed now. Everybody knows this, but no... there are still a thousand or so more federal judicial appointments they want to slip through before the turd dirigible ignites his entire helium operation, somewhere out in a New Jersey field.

I suppose that my logic could also be used to align democrats with domestic left-wing or eco-terrorism.

Just because I'm bored of neoliberals doesn't mean that I am a white nationalist, at all. In that same way, I long ago grew tired of the misapplication of feminist rhetoric and reduction of feminist theory, but that doesn't hold that I believe women deserve anything less than equal rights and equal opportunities. Having reservations about a movement or political affiliation does not automatically pit you against them by magically assigning to you the most extreme and repugnant opposing view. That is a bullshit byproduct of social media, nothing more.  One can still be a liberal and expect better, more robust, liberalism out of those that claim the affiliation. Likewise, noticing the tremendous ideological chasms that neoliberals have carved out for themselves does not make you a bigot or a racist.

Even if the neoliberals did want to corner the market on moralism and inclusiveness they would have an impossible leap to claim a monopoly or even a market share on tolerance.  The liberals I am now meeting have anything but tolerance for intellectual outsiders.

I mean, I get it: I scare the kids. But that doesn't mean that we haven't harvested a nation of undereducated liberal pussies. Everybody's a liberal until they have to act on it. The neos have tried to advance the vague notion that even having a sense of humor about any of their pet-left subjects is tantamount to bigotry. To respond with anything less than extreme self-righteous indignation to every social injustice that can be forced into a 30 second video clip then you must be a white nationalist, also.

Criticizing the resistance does not put you on the opposing team. It just doesn't.

They became so good at making people cower at the charge of racism that they have diluted and deflated their own imaginary values and message, so they have to up the game or the bubble bursts. If you are not a frothing online neoliberal ready to pounce and denounce every micro-meaning then you must be one of those white folks that uses that funny but rigid salute.

You know the one.

To wit, last night a friend texted me about the value of independent thought and how I am perhaps misunderstood by many. Then, he texted again to let me know he "didn't mean that in a white supremacist way." That's the dynamic we live in now, if you're not towing the liberal or conservative line perfectly then the immediate assumption is that you must have sympathies that align with the very worst of those of the opposing side. It's as if the entire liberal world suddenly joined PETA in the last ten years and they want to make sure that everybody knows that liberalism now is going to be a single issue platform.

Again, I'm not against PETA. I am using them as an example of an ideology. Doing so does not mean that I oppose them, nor that my sympathies and support are against them in any way. I am simply enjoying the liberal application of sarcasm.

Oh, I don't even know if any of it is worth explaining any more. It has occurred to me that most of the self-described liberals that I knew growing up didn't really seem to grasp what it means to be a liberal anyway. So when neoliberalism came along they were herded right on board, thinking: Well, this liberal thing is finally gaining some traction. The best thing that I can probably do for my country right now is to post articles from The Guardian.

One of my favorite things that I used to say to my friends on the left was: So, are you an activist or a pessimist? It would get a chuckle out of my comrades, but not so much any more. Now, it's heard as the accusation that it is, and might be met with a series of articles posted about the strides that activists have made and all of the positive changes they have evinced from within our society.

So, I've changed it up a bit: Are you an activist or an optimist?