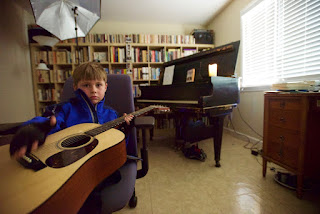 These pictures were not quite taken in the dark, but not very far off either. It was dusk. I had to crank the iso up to 12800 and lower the shutter speed to 1/20th of a second on a 17mm  f2.8 lens, which is why they are grainy and just a bit blurry. I've been pushing my D810 to its stated limits, perhaps so that I'll have a good solid reason to buy the D850 when it comes out. It has native iso that is a full stop above the model I have, at 25600. Who could ask for anything more?

Well, the Nikon D5 of course. It goes a full two stops above the D850, but costs twice as much.

Camera reviews distort your desires, not entirely dissimilar from the way that a wide angle lens produces perspective distortion, forcing a narrowing of the visible space onto the camera's sensor. There is a lot of information that is forced onto the eye, where the mind interprets it as it is best accustomed to. 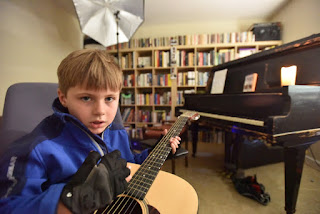 I don't need a new camera body. As always, there are more lenses to buy. If you buy enough lenses then eventually you are forced to buy a new body every five years or so. It has been less than two since I bought my D810

I don't know why I ever write about camera settings here. It's not as if I have a group of friends with whom I discuss the technical aspects of photography, nor the published specifications of cameras. CS will sometimes discuss processes with which I am wholly unfamiliar, every now and then offering a little hint of something I had not known, but for processes which I am unfamiliar. Everybody else just asks me when I'm going to jump ship from Nikon and switch to Sony. Apparently the smaller body is the greatest technical feat that can be accomplished. Convenience matched with image quality seems to be the best of the combined selling aspects.

I'll admit it, also: I love my Fuji for those reasons. 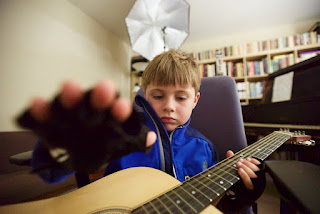 Remember a post from a while back in which I relayed that my son and I were looking at the sun with eclipse glasses? I just received a very important safety email from Amazon informing me that the glasses they sold me as being "solar safe viewing" and advertised specifically as being ISO 12312-2 international safety standard compliant have not received confirmation from the seller that those glasses are as such.

Now, I did look at the sun for up to 10-15 seconds at a time with them on and only noticed floating blurry spots in my vision the week afterwards, and possibly a few headaches. Who knows, maybe these images are not grainy or blurry at all. Maybe I have always had an advanced case of blindsight.


I am going to go for a nice bike ride this morning, 25 miles or so, straight up the valley to St. Francis vineyards.

Yesterday, I rode up the hills to the west of here, to the point at which Sonoma valley becomes Petaluma, where Sam Shepard wrote much of his Motel Chronicles.

CS wrote touched upon the American male mythos this morning, a thing that is quickly becoming pathos. We are told that the male vision is sickened to its core, has poisoned the wellspring of our otherwise perfect society, a condition which no liberal openly wishes to save the American male from. The self-described enlightened (a word replaced by woke) that I know wish to distance themselves from every possible aspect of maleness. Like their female counterparts they've been reading just enough feminism to ruin themselves. The titles of books freely replacing opinion in a magic act of jingoist exchange.

They generously apply the historic sins of patriarchy to every individual male they encounter, starting off with their all white friends and then tapering off sharply when confronted with anybody mildly ethnic, never confronting a latino about the problems they feel and understand with patriarchy. Each feminist finding there, or wherever else, the sliver of evidence they need to denounce the individual as being not only a product of the presumed sins of history, but its sole and privileged beneficiary, never quite digging far enough back in history to discover the roots of the liberalism they claim to embrace.

The protective capacity of a given patriarch has likewise been denigrated as a value. Let's see how the world unfolds populated only by strong thinkers, you know, the enlightened entitled.

Males can't do anything right any more. They should have never written their history. What the fuck were they thinking? It's used against them the way that this site will one day become part of a lengthy court document. Now hearing Q6 vs. Q6. I'd like to call my first and only witness, the accused. Each person digitally functioning as their own prosecutor and defendant.

I mean sure, maybe it's all true and it really was males that have caused all of humanity's problems. It can sure seem that way, especially if you look closely at the prospect of its destructive embodiment in a global nuclear exchange, or even a local one.

Beyond that, some of us can be very nice, also.


Tomorrow I will ride somewhere else.

You know, where ... good intentions and running away was always the cure.