... neither solemn nor celebratory 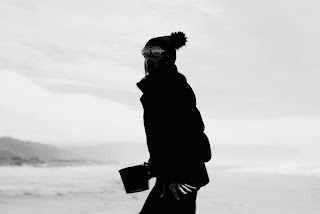 (Child of the moon)

There was, of course, more than I relayed yesterday. Much of the sensation was that of disappointment afterwards. It all happened so fast. Its ending abrupt and final, or so it seemed. Its semi-circular transition continues across the sun, though nobody much cares. Everybody disperses, returns to looking at one another; faces lined along the horizon. This large orbital body moving in perpetuity speaks somehow to the brevity of all lifetimes. My lifetime first, then everybody else's, moving outwards from those that I know and love to others, to all of humanity whose story barely stretches back to a portion of that of the lunar. This odd inversion of the role of the moon - darkening daytime rather than lighting night - arrives unexpectedly and brings with it also a reversal of feeling.

It is easy enough to understand why people have believed that this was a malediction from the gods. It is. It works on skeptics, cynics, and nihilists alike.

My dreams last night were troubled, scattered and informed by fears. In everything there is a profound sense of futility, yet we do things anyway. We fill our lives so that they won't seem empty. At our best we create memories which dissolve in time, dragging feelings along with them into the abyss. It is one thing to claim that the universe is indifferent to our suffering, quite another to sense that in the moon, our moon - the almost binary brother to earth, our lifeless and beloved sibling. Even now, speaking of it in the possessive I know that I am wrong. If anything, I belong to the earth, not the other way around. Do not trust the Christian myths.

The mind can accept the basic mechanical fact of an eclipse, though its temporary blocking of the sun plants some dark seed that grows the fruit of mortality which ripens in sleep. Lunacy grows with all other things in the freedom of the mind.

As it happened I was neither solemn nor celebratory. I made no promises, and do not remember thinking anything specific. I felt only fascination. It was later that I sensed a trembling of dread - more and more mortal, less and less permanent, I. Nothing is fixed, nothing lasting, all things only returning in different forms, at different times.


I'll try to never say I hope to see this thing before I die. It is a dangerous way to think, it seems, placing the focus on the menace of life's constant and inevitable opposition. I'll try to remember that the opposing face of that blackened moon was just as bright and unfamiliar to the eye as ever. From that perspective nothing would have appeared differently at all. How powerful and lasting are the shadows, the phantoms that we find.


... and try to remember that the moon isn't about me.


O, swear not by the moon, th' inconstant moon, That monthly changes in her circle orb, Lest that thy love prove likewise variable. Don't swear by the moon. 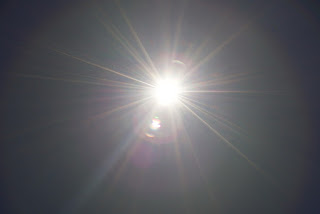