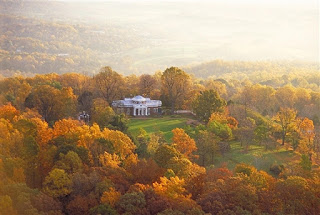 (Honesty is the first chapter...)

Everywhere I look I see indignation and strong opinions in support of what is presumed to be justified. Journalists are falling over themselves to find just the correct note of prevarication. Violence is wrong! Unless it's a leftist militant group employing it against neo-Nazis, then it becomes neo-necessary. That's an easy enough justification to make, it seems. It need not tax one's rationale too heavily.

Why can't they just say that they're not really against violence, they're just mostly against people trying to use violence to advance a cause that is plainly stupid or counter to their own. Why are the ideas of others always so tedious and dangerous, we openly wonder. People can't seem to admit that they're not pacifists, they just prefer things to be peaceful.

They want the president to denounce neo-Nazis but he doesn't really have it in him to do so, which should surprise no one. Trump's father held sympathies for the Klan. Yet when it comes to addressing the unfortunate fact that leftist militants were engaging in violence also some want to compare the violent histories of one group to another, as if the morality of pacifism is somehow dependent upon a winning score, measured by fewer injured and lower casualty numbers. In a cultural war perhaps victory is determined solely by the successful inversion of fact.

What did Patton say? You don't win a war by dying for your country. You win a war by making the other poor dumb bastard die for his.

The violent resistance from Antifa seems justified when you hold it up to the fact that a white supremacist drove his car into a group of people, injuring many and killing one young woman.

At this point I should probably make it clear that I am only a pacifist insomuch that I believe unprovoked violence and war are unjustifiable. Beyond that, I have always claimed that if there is going to be violence then I want my side to be prepared for it. I want my side to win. You will find that this is also true with all other pacifists. I am a pacifist only when peace is the best option. After that, like most, I want the defeat and surrender of the enemy.

Didn't the south already surrender, though? The neo-Nazis wish to preserve the history of Robert E. Lee but they're not honoring his memory very well this way. They should have been whimpering at Appomattox rather than killing in Charlottesville. That car didn't look like a surrender flag to me.

Nazis are great at preserving history, by the way. We might not even know about the Holocaust if it wasn't for them.

And Mr. President, can you tell us specifically which Jews you believe were responsible for the Holocaust?

We live in crazy times, everybody notices it but the far right seems better poised to try to take advantage of the chaos.  This also should surprise nobody - resentment lurks and grows, stupid people need dearly held certainties to sustain them. Some convictions function best when unsullied by fact.

You cannot witness a national decline in education and then wonder where the wellspring of intolerance and racism bubbles up from. It comes from fear paired with ignorance. This is precisely the national conversation that America has earned, and the one that these poor dumb souls have been preparing for.


Everybody seems to agree that fighting Nazis is justifiable violence. When it comes to fighting white nationalists the argument drops down to an "only when necessary" status. Then for rednecks it's "whenever it's either convenient or funny," and especially when they're doing it to themselves.

Violence is never the answer! say some. I suspect that these white angry fellows in Charlottesville feel quite differently on the matter. Violence is an option-able answer when it advances your ideals. Some people conveniently forget that people do engage in violence to secure political or social goals, they always have. You know, when a group that is arranged upon racial or national boundaries attempts to annihilate another race or nation from existence then violence seems pre-justified. Beyond that, violence should only be an option.


Yet black people don't get to kill cops in self-defense. I'm waiting for that case to hit America. A Philando Castile situation in which the cop that pulled his gun gets shot dead by the citizen in an act of self-defense. I can't wait to hear the ever-nuanced arguments from the NRA about how defending yourself is appropriate when it's not a cop, or if you're a white gun owner. Their prolonged silence in the Castile case says everything that you need to know about their core beliefs.

That's one reason why cops won't fuck with the neo-tards when they are assembled. They know they'll get shot in front of a hundred witnesses that will testify that it was entirely in self-defense. The other reason is that's where their sympathies can best be found. Cops mostly only kill the people they can. In that they're not very different from any other like-minded group, those that are loosely organized around the strict principle of order and the swinging noose of consent.