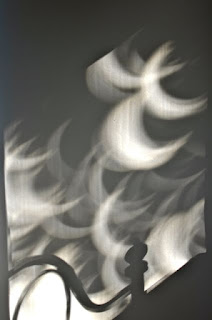 1979 - I remember desperately wanting my family to go the the Pacific Northwest to witness the eclipse.  The network news outlets announced at the time that the next one of its kind in America, a total eclipse, wouldn't be until August of 2017. I thought there was no way that I would live long enough for that one, or that I'd forget about it, and maybe people would be so busy with their flying cars that everybody would forget, and then I'd miss that one also. But, here we are. Flying cars have not completely occupied everybody's attention just yet.

Well, in truth, the one that is happening in August is unlike the one in 1979 as it will be going from coast to coast, something that has not happened in 99 years in America. The news later reported that most people in Portland could not see it, the one in '79. The weather had been very bad in the region and all that many people were able to see was that it went from gray to darker gray for a couple minutes. I was a very disappointed ten year old boy.

I know that it seems unlikely, but what you are seeing above is a color picture. Rachel and I were both at home at the time that it was happening. You couldn't look directly at it for very long, perhaps only a second or two, though you could see the dark orb overtaking the sphere, creating the crescent. We had not prepared by buying eclipse glasses. Rachel walked upstairs to our bedroom and suddenly yelled for me to come up quickly. I grabbed my point and shoot camera because I knew there had to be something phenomenal. There on the wall, dancing with the wind, was the shadow of the eclipse coming through the leaves of the trees that were outside our bedroom window. I snapped a few shots. The windblown evidence of the orbital event moved on quickly. Of the ten or so pictures that I took the one above was the best. Had I had time to adjust the cameras settings then I would have reduced the shutter speed a bit. There is more blur in the image than there was in reality. The crescents were crisp to the naked eye.

So, we will go to Neskowin, Oregon for the full solar eclipse this August. We have rented a beach house for the week. We are hoping for clear weather, of course, and have not yet talked about a backup plan. Being in a small town on the Oregon coast, there can't be much of a backup plan, we'd just be stuck in traffic like everybody else with a backup plan, so this is a go-for-broke shot at seeing it. It will last less than two minutes.

Yesterday, I walked outside and put on a pair of the eclipse glasses, looked up at the sun. It was all that I could see, orange and very round, much smaller in the sky than it seems otherwise. There was no question about it, it looked hot and bright. I put the glasses on my son and he also got a first chance to go blind in the event that the Amazon reseller of these glasses was not the reputable sort. Afterwards we were both able to see, the infrared radiation did not seem to burn our retinas permanently, which was good and made me a happy father. One has to wonder how many people, children in particular, will go blind in America by the evening of August 21st, 2017.

I am not going to nerd out and try to photograph the event. I had considered it, but there will be many others with much better equipment for such things. I lack the adequate focal length lenses, and the ND filters, and a tripod that can sustain the weight of all of that. I'll probably regret it, but as CS always says: Why? There will be others who already own that equipment and live for these moments. Their pictures will be available freely online almost in real time, which will allow me to just stand there and stare.

The below image being a substantial crop of what I was able to get out of my D7000 and a 24-85mm f2.8-4 lens, standing out on the sidewalks of New York, alone in the middle of a cold winter night, December 2010, for a full lunar eclipse. 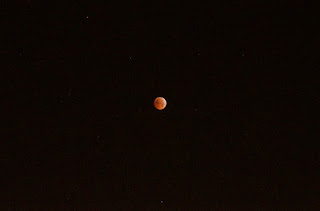 Once upon a time I was falling in love.

Little known fact about the above linked video: That was a musical side project of Princess Diana, and is the main reason that Elton John was so distraught at the conspiracy surrounding her disappearance. She was just a candle in the solar wind. She didn't even bother wearing a disguise for the video shoot, and she gave equal screen time to her stunt double as she took for herself.

She is like that. Oh, she's still alive. She was not the sort of princess that would have ever died. 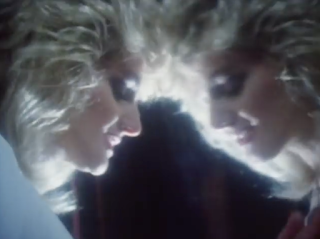 (They don't know what to do, they're always in the dark)

And I'm not sure what the trouble was

That started all of this

The reasons all have run away

But the feeling never did

It's not something I would recommend

But it is one way to live

Cause what is simple in the moonlight

By the morning never is

It was so simple in the moonlight

Now it's so complicated

It was so simple in the moonlight,

simple in the moonlight,

simple in the moonlight