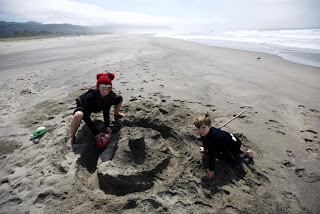 Rachel's father, the boy's grandfather, passed away the night before last. He had just returned home to LA from our trip together in Oregon to see the eclipse.

It is heartbreaking to know what will come next - the explaining of it to the boy, what mom will also go through while trying to understand it herself. At its best life can be too much. I've never understood how some people do it. A part of it is in what we choose to ignore, it seems.

We listened to Elbow (and Wilco) on the drive home from Oregon. He liked Elbow. After some initial questioning he compared them favorably to bands we had both heard before many times. It had not occurred to me that they should be compared to any of the bands he listed, but the connection in style, complexity, self-seriousness in tone, the air of pomposity... it all became clear within seconds of him having said so. 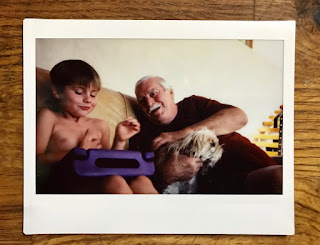