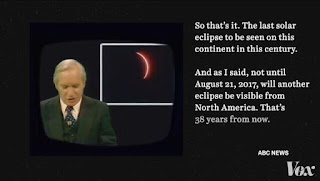 We made it to Oregon. 5+ hours in a car with a five year old who asked How much longer? from the time we left Sonoma until the moment we pulled off of the interstate.

Beautiful drive, though. Mt Shasta is really something. It seems to emerge from practically nowhere, dwarfing all of the other hills around it. Now, there is another ~5 hour drive to the airport then to the house on the beach. Then, rest and relaxation, waiting for two minutes of shade.

I like road trips, and I miss taking them. There is a rhythm to the road that has been written about much better than I can attempt this morning. I am sitting in the dark and waiting for everybody else to wake up. And I am waiting for coffee.

Okay, that is my quickly scribbled travel update. I haven't told anybody yet but I'm going to try to find away to worship Satan during the eclipse. I only have about two minutes for it. I like to think that he's listening when I speak.

I haven't committed to anything yet. I might also try to poop my pants for it. I could get dressed up like that astronaut from Houston who was prepared to poop and kill. I just want it to be special. Who knows, maybe Satan won't mind if I try to do both.

I'll ask him: Oh great red Satan with the trident and bifurcated tail...  make Hades great again. But give me a sign, anything at all! Like, blocking out the sun would be fucking radical.

Who knows, maybe I can rub one out in public, also. If I was ever hoping for a diversion in which I might not be noticed then I can think of no better celestial opportunity. I wonder if its possible to cause an eclipse in the women's lingerie section of Nordstrom.  Now that would really be something.

It is the message that is written in the moving shadow of the moon: pleasure thyself.

I wish the bible had been more clear about the sin of spilling your seed in the shade. How are we supposed to know whether that's either wrong or just fun.

Commandment #11: Thou shalt not lie with thyself during an eclipse. 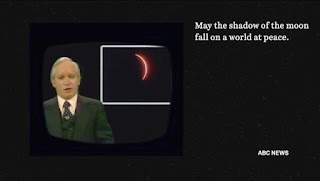