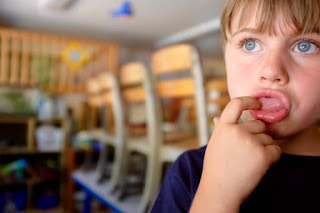 Well, we made it to Florida. The mighty Orlando. The flight was non-eventful, as flights often are. The boy was a star passenger, popular with the local ladies. He is mostly a very well-behaved kid. The only time we have problems is when he emulates me.

Today, we'll go to a pool party at an old friend's house. It is the house of my brother's best friend, Michelle. Not sure if I've ever told this story here before, but I used to be friends with this young woman many years ago. A girlfriend of mine decided that she didn't like Michelle much, so that was the effective end of the friendship. A few years later my brother became friends with her, completely unaware of our previous friendship, as was she unaware that my brother was my brother. As friendships go, they started telling stories. After a while my brother's stories about me caused Michelle so say, Your bother sounds just like this guy I used to know, Sean.

The rest, as they say, is boring. Odd coincidence, though.

So, we'll get to see Michelle and her kids today, and a few other people.

Last night we went to have dinner in historic downtown Sanford. It sure has changed a lot since the last time I was here, sometime in the late 90s, I think. Now, there is a nice little downtown area with mostly locally owned businesses, restaurants and bars. It was all quite charming.

Later today we might go visit the historic location where that vicious thug, Trayvon Martin, was self-defensed by that misunderstood American patriot, George Zimmerman.

Well, I have a fair number of fair-skinned friends, so I should stop all of that talk. You know, they are all still wondering why we don't talk about black-on-black crime more. Indeed, why don't we?

So, to assuage them that's all I'm going to be willing to discuss at today's pool party / barbecue - black-on-black crime.

Why do black people cause all of their own problems? And why do they cause us white people so many problems, also? Just look at all the issues they cause for the cops. Is there nothing that can be done?

That'll be how I kick things off in Florida. I'll build a conversational bridge by first acknowledging that some people really just are their own worst enemy.

I'll never figure it out. Maybe black communities should start by policing themselves?

I have a way of making sure that nobody likes me.