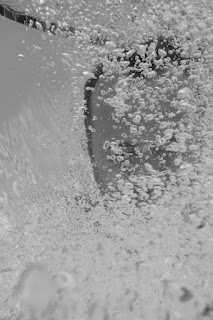 A penis slit begins to dry out at unexpected and inversely matching gradients along both curves, which often results in a dehydrated tangent, a dual off-shooting of sorts.

At least visually, if you were to describe it, would echo that basic pattern. The same can be witnessed among the labia - majora and minora - though with sometimes less than dramatically tangential results, and sensibly positioned closer to the target toilet object.

Perhaps my math-memory is failing me now, also. A better description of the phenomena: old people piss themselves whether in front of a toilet or elsewhere - men, do.

It is the indignity of aging that speaks most clearly and loudly to my own sense of self-irreverence. If laughter can not be gleaned at this absurd aggregate of circumstance then what will it likely do to me? Everybody says you have to keep a sense of humor, but nobody quite wants mine.

People say, keep breathing!, also. But if you question them on it, in a moment of need, none of them know why, and in that moment, none willing to find out.

Becoming the unexpected participant of an obtuse urine stream is a warning notice, and also its own problem to solve, until it stops, several seconds, after, what, you might... had hoped . . . for, before it was all ruined with urined.

I have always misunderstood and often misused the word obtuse, as any regular reader of these posts and the attendant comment's section might already know. I thought it meant "awkward and easy to be misunderstood." It's important to not misuse the very words that identify you best.

It offers so many opportunities for the satirists of heart. Like; me.