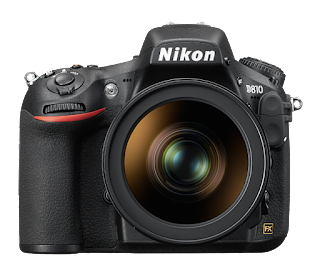 This yet to be released camera sounds as if it will be much closer to the camera that I wanted from Nikon when I bought my D810. There are a few problems with buying it when it is released, though. The predicted price at $4400 being but one of them. I love my Nikon lenses, though I'm not sure that I love them that much. I'd be lucky if I could sell my D810 for $2000, which leaves a significant gap between those funds and the funds that would be needed to upgrade to the "mini-D5."

Sometimes I wish that I would have never bought my Fuji X-Pro2, though not very often, and mostly only when I am looking at other things that I want to buy. I shoot with it more than my Nikon, though that is mostly a matter of convenience. The Nikon is more versatile and creates better images, though there is a quality in the Fuji that I like, especially how it handles skin tones in the jpeg conversion. Fuji is, after all, a film company. Lifting the Nikon to my eye to take an image is a bigger act. It's like powering up the Death Star's laser beams and pointing them at Alderaan. It's nearly impossible to take pictures with it discretely, so it struggles as a street camera, one that people barely notice. But it does great when there's no question about whether or not the subject is having their picture taken.

I think cops should start shooting DSLR photographers. It will bring some much needed press to our struggle.

A normal person can not reason with a lover of lenses. Lenses permit the world to be viewed and framed, reduced down to parts that speak something within a context that can be felt if not always understood. Most people don't know where or how to look, or what to see when they do. When I am looking through the viewfinder and scanning the world around me, prepared to press the shutter release, I think that a part of the world might not disappear, that this framing might preserve some small part of something that may or may not matter.

Later, when transferring the images to the computer, there is often a mixture of excitement and disappointment. Parts were preserved, some unexpected, some lost, some as you remember them being - a stillness that invites a kind of reflection, an undisturbed moment where there had been motion and perhaps even chaos before.

The world is so huge that people are always getting lost in it. There are too many ideas and things and people too many directions to go. I was starting to believe that the reason it matters to care passionately about something is that it whittles the world down to a more manageable size. It makes the world seem not huge and empty but full of possibility.

- Susan Orleans, The Orchid Thief: A True Story of Love and Obsession

I would argue that it might be easier to endure loneliness than to endure the idea that you might disappear. - (Ibid)