How not to take pictures of anything you choose 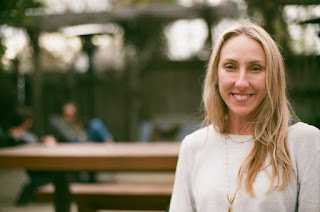 I can't seem to make cameras work any more. I took my Fuji X100S into the city yesterday morning with the intention of taking some pictures at the ball game. At the office I charged two batteries. Who knows, I thought, maybe I'll be in the mood to shoot a bit today. Once one of the batteries was fully charged I turned it on, a warning came up on the bottom of the screen that I would only be able to store pictures to the internal memory, which is very limited. I had taken the memory card out of it and put it in my newer underwater camera. Useless.

I'm pretty sure CS thieved one of my 128GB cards. He sent the camera back with a 64GB card that was titled "Leica." Very suspicious, and in line with his other questionable, if not nefarious, behaviors. He wonders why I have not framed and hung his pornographic prints. I am waiting until the boy hits puberty and then I'll let him loose on them.

No, they are quite beautiful and I likely will frame and hang two of them eventually. They are very large, too large for my current living space. One day....

The game was fun, though. It was a nice day at the park with a surprising last inning victory by the Giants. I've been pretty lucky with the games that I've chosen to go to at AT&T Park. I was there with Rachel, her dad, the boy, and Cato when Angel Pagan got an in the park homer, one of the more exciting live sports moments I've ever witnessed. Good stuff. My buddy said yesterday that the Giants have fallen apart since losing Pagan, they no longer have a unifying person to help focus their hatred. Apparently he was quite a prick.

Well... I have a date tonight with Rachel, to see Bill Murray perform a selection of literary readings with musical accompaniment. I am looking forward to it. We're going to go to dinner and everything, like real grownups. I will wear a button down shirt, even. I will say nice things and be charming and hold her hand and the door for her. Maybe I'll bring a camera so that I can somehow find a way to not take a picture of us. I'm getting quite good at it.

That's okay. We still have quite a story to tell, she and I.