"I Want The Hobo To Watch" 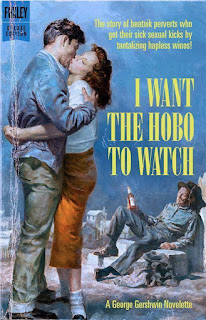 I'm empty, almost nothing to report.

The Bill Murray thing was quite cool. I'm not sure what I expected, and I suppose there were some things that I could find about it to have not liked if I tried, but the thing mainly worked. He read passages of or about writers, alone or to musical accompaniment, and also sang a few songs, classics, some Gershwin from Porgy and Bess.

There were three musicians - cellist, pianist, violinist - that played beautifully together. The cellist is of some note - Jan Vogler.

Murray has a natural charm, one that isn't diminished by his occasional seriousness. He can abbreviate gestures and reactions perfectly, without any loss of intent or meaning. His vacant expressions are never flat. He doesn't quite condescend; kind but devilish. So much can be done with a well timed smirk.