The revolution was over, the problems remained 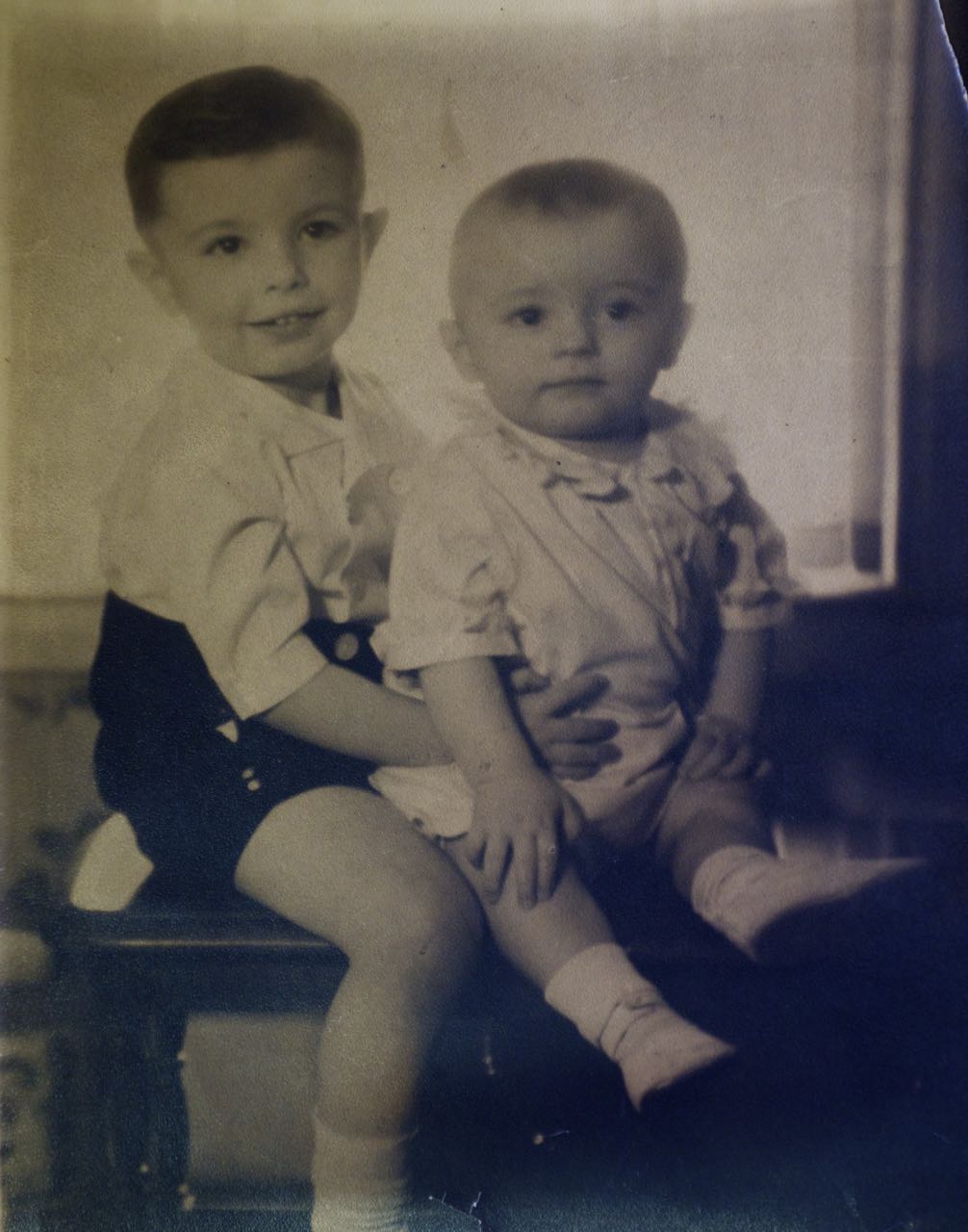 (My father, his brother)

Death, everywhere and for all time.

Life, everywhere; only so far, only so much.

Now gone, the boy's great-grandfather, Rachel's grandfather, she adored him much. This morning just south of Mesa, Arizona. The affable fellow who was just here visiting. Departed a handful of months before his 90th birthday, which would have been on July 4th.

He spoke to me - Rachel's grandfather did - of being away from home for so long; an extended month of unexpected travel. He seemed fatigued by it all in his description to me, though he expressed no desire to go home to Waukegan where there was too much fresh snow. Two feet!, was the claim. Now, he will return home and the snow will represent no problems.

Rachel will take the boy to the funeral, his first. It was not discussed at all when my father passed away. That is the way that mothers are; somehow always right, most of all in silence, omission.

One day I will explain it to the youngster, or find a way of avoiding having to do so. I do not yet know what my relationship to death is.

The lawyer's office wrote late last night and asked where my paperwork was. I asked if the divorce was still happening? I presume that it is based on their lack of response, and that nobody outside the office has informed me otherwise. I am becoming increasingly settled with the idea, though I neither invited it nor initiated it. I had hoped to maintain the semblance of a single family, in this post-separate world. The pattern that was in place long before Rachel and I met had more to say about it than I did, it seems.

I was not invited to the memorial services. I am often reminded by the soon-ex how much I am loved by her family. I suppose that one does not get an invitation to a funeral. You are informed, and then you act, or choose not to based on your ideas of discretionary spending and how it relates to pleasure, duty, purpose, guilt, otherwise.

I have been given notice. The rest is up to me.

In fairness, the boy's mother did ask me if it was okay that she take him to the funeral services, to which I responded, of course, of course.

Do I sound bitter, or even worse? I am both, and even yet much worse than that, some nights.

Few things remind of love as does death.