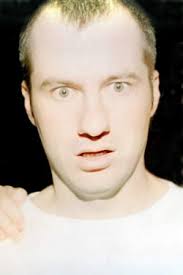 Nothing much to report. The last stages of separating, getting the final remnants of my stuff from Rachel's house is going swimmingly. Last night a meddlesome neighbor gave me grief for being there, even though I have a key and was invited to do so by Rachel. None of that seemed to matter, He called the police. The police never care very much for what I have to say, so they arrested me. I made the mistake of standing outside to talk to them. Or, rather I should say that that is where they found me, rolling up an extension cord in the backyard. It was 2am, but the neighbor knows exactly who I am. He just wanted to get the police involved in the conversation.

So, they called Rachel to verify with her that I had permission to be there, which she did. Imagine how stupid they must have felt when they found that out. They let me go after about four hours, though they did actually charge me with something, for my own good. The charges will be dropped, as they never bothered collecting any evidence and their reason for being there in the first place rather crumbled when Rachel reminded them that I have a key to the place and was invited to be there.

I would have preferred if they would have at least de-loused me. It's always nice to know that you have one less thing to worry about upon your release, etc. I have a court date that luckily falls in the middle of my trip to NYC. I'm sure they will be reasonable about changing it to accommodate my travel whims. The court system is managed by fair-minded people.

I am tiring of this whole divorce already. I had thought that it would be so much more fun. Turns out that it's just like everything else about our relationship, a struggle that hardly seems worth it.

I do find it interesting how your perspective of a person almost completely changes once you relinquish that last little dose of hope that your heart has held on to.

Hope is some dangerous, silly stuff, but without it...