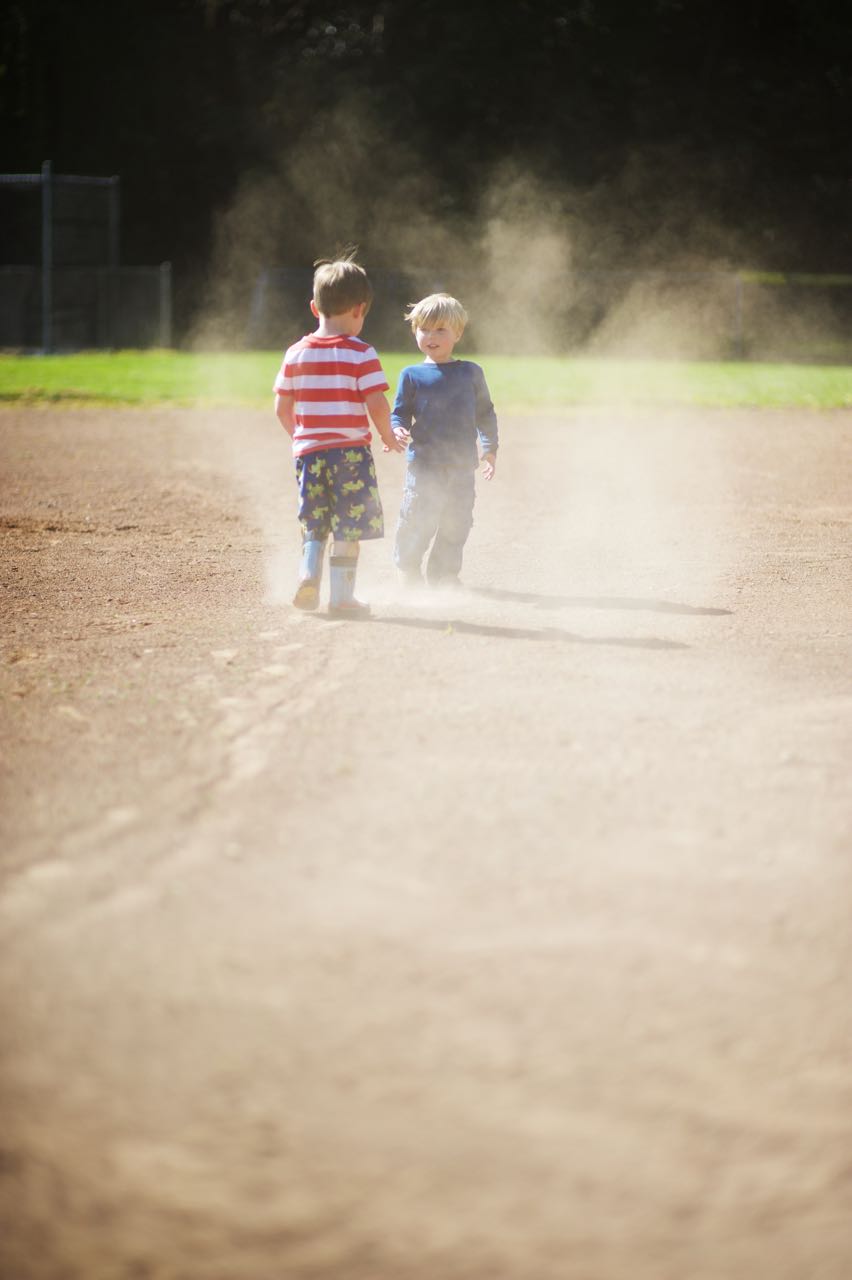 (Learning the basics of baseball)

The boy still sleeps in the other room, so who knows how much time I will have to write. Not long, would be my guess. He will wake up and want to watch Batman, or something like it.

Last night, a friend came over for dinner with her boy, Jordan. They both played out in the courtyard again with el barrio niñas y niños.

My friend, Lisa, and I were laughing at some of the absurd, oddly truthful things that kids sometimes say. It is poetical, at times, the unexpected combination of ideas, ones that they are just beginning to come to terms with.

Jordan approached Lisa the other day and very seriously said, "Well, the truth is not fun."

Rhys had to get a time-out at one point in the evening, for not being a good listener.

As his time-out was finishing I held his head in my hands, looked right at him, and told him that I loved him. He raised his hands and placed them on each side of my head and gently rocked my head back and forth, leaning forward he looked into my eyes while nodding, "I need you."

It was animated in such a way that is difficult to convey here. It would have been almost teasing if it hadn't been said so innocently and with such unforeseen sincerity.

Off he went, back to terrorizing the other kids.

Thanks kid, that is what I've been trying to do, also. Scream until the monsters go away.

Well, perhaps it is much more entertaining for the parent than for the reader. I've been having a pretty good time with it all, though. There are little payoffs to being a parent, nearly impossible to convey to others, their odd and unexpected magic. There is much more to it than just silly, surprise claims and questions.

The more I parent, the more it falls into place.


Today, Rachel and I go to see a lawyer, to again begin the process to finalize what remains between us. We will sit in his office and nod and agree, explaining that this is what we want, that this is what is best for everybody involved.

I'm sure that we will be filled with the absurd, oddly truthful things that parents sometimes say.