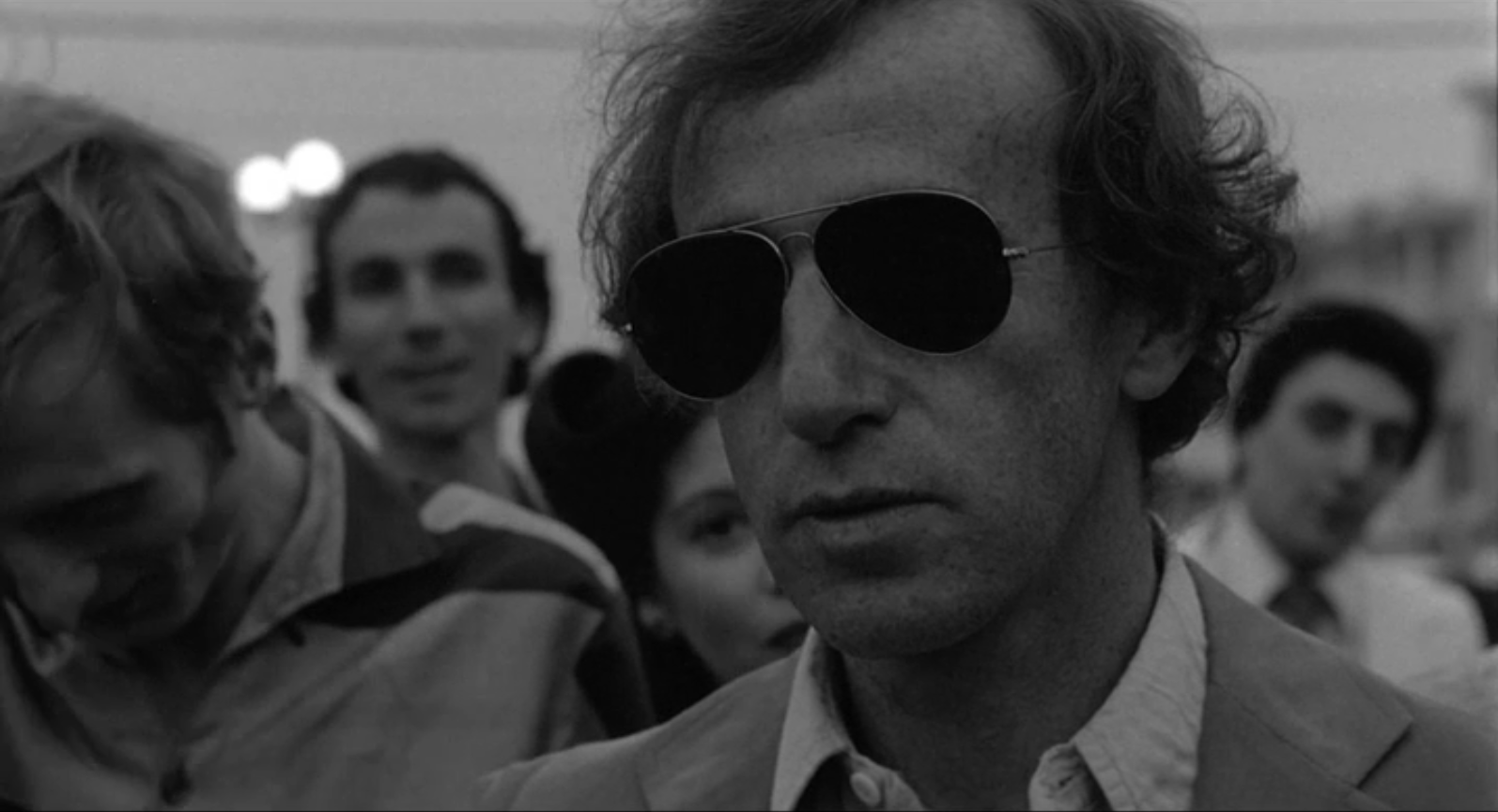 Last night, another evening spent on the couch, watching a film. "Stardust Memories" by Woody Allen, a personal favorite. I ate popcorn and fiddled with my phone, texting like a teenaged girl. My underwear had little pink strawberries dancing happily along.

There is a scene in the film in which Woody Allen defends himself against accusations of being inappropriately attracted to a teenage girl, a relative of some sort, a young cousin of his girlfriend, if I remember correctly.

Allen denies that the film is autobiographical, at all.

I might watch a Bergman film tonight, who knows. Watching Woody Allen films often makes me want to watch the films he is referencing, or stealing from.

I am in the mood to go home and hide my head under the covers, to conceal myself. Life is complicated, sometimes best avoided. A quiet room, an engaging film, a few glasses of red wine, a planned escape.