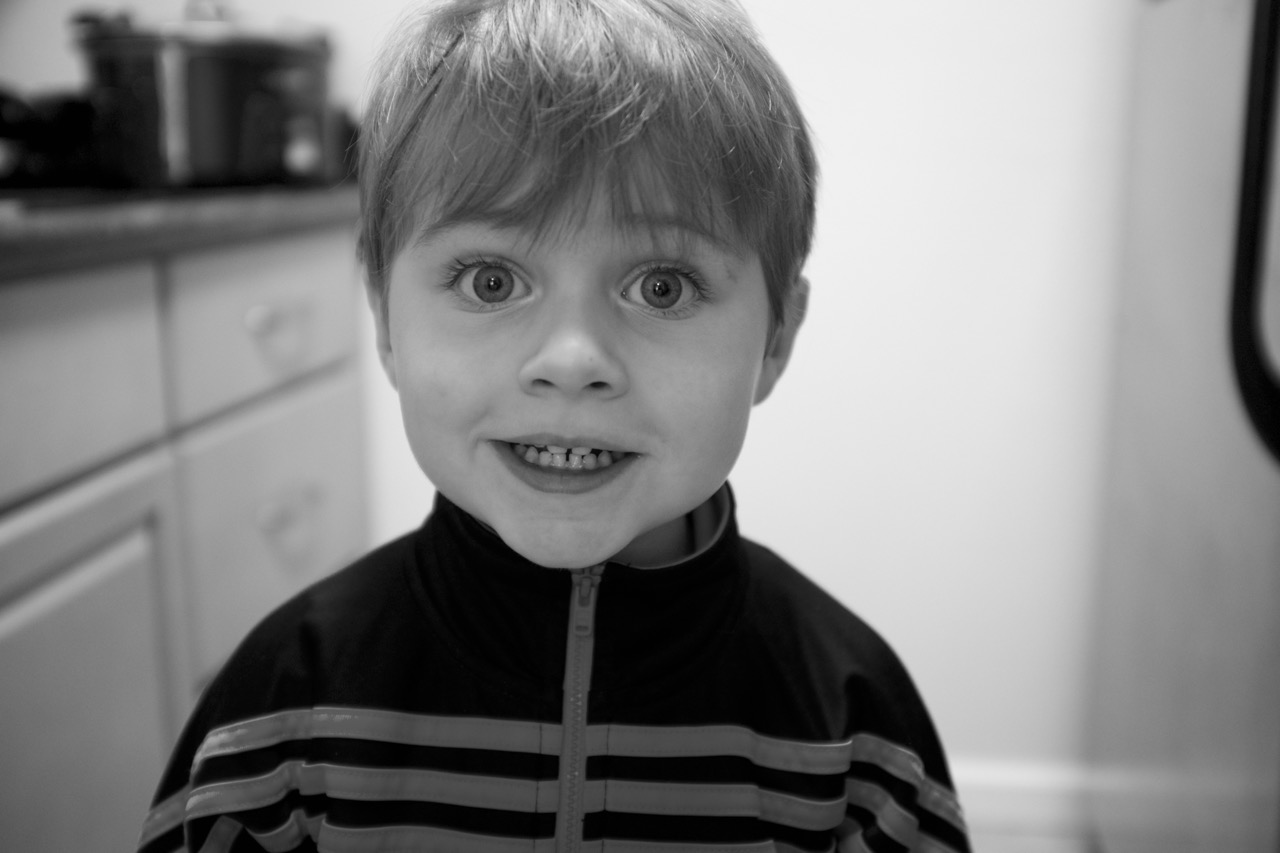 Adventures we did have.

There are things I am still learning, like what juices to not buy. We were at the gas station, getting the full carwash and interior of the car cleaned. I figured it would be very fatherly of me to buy the boy a juice. Strawberry-Kiwi. What boy doesn't like strawberry-kiwi?

Off we went on our adventures. On the road we video-Skyped with the boy's uncle and cousins, chatted amicably with a few others, etc. We were off, speeding towards the future. Just before the Golden Gate bridge I noticed the plastic juice container rolling around empty on the floorboard in front of Rhys. We had been talking almost non-stop the entire ride. I felt around everywhere trying to find the wet spot that would have been the result of this unfortunate spill. The cap was back on, but not evenly. I had placed it in the center console, a place that I had not realized the boy could now reach when he so wished. I never even saw him take a sip. Such is the power of sugar and water. He must not have drank it in sips.

As we got closer to our destination, Cato's apartment, it became clear what the outcome would be. He begged for me to help. We were less than one block from Cato's when it came up on the poor boy, all over his car-seat, his jeans and Adidas jacket; a gallon's worth.

My car is a 2004 VW Bug, I think. The electronic key works when it wants to, never when I want it to, ever. There were wet-wipes in the back, what would be the trunk. If you can't get the back to open with the electronic key then it either requires two people or something like a cassette tape to lodge underneath the lip and then a second door command for the evil thing to function. None of this was a possibility. The boy stood bawling as I helplessly tried to conduct this foul ceremony.

We were awkwardly parked near a curb on Fulton, traffic sped by as the boy bawled and bawled. I climbed through the back of the car, over the car seat, stretching into the back to recover the wet-wipes, setting my knees in a puddle of strawberry stomach acids. Upon my return the boy had still yet to compose himself. He didn't like the throw-up any more than I did, perhaps even less. I comforted him as best as I could while I worked away at the volume of the stuff across his front. Cato helped as best as he could, going back upstairs to get paper towels, to allow me to try to dry the most affected areas, the trail of greatest offense.

I hugged him and told him that I always feel better after I throw-up, that all the bad stuff is gone now, etc.

By the time we made it upstairs Cato had found some remnant from Burning Man, a rubbery wizard's ball, as he described it. It is meant to excite the minds of ravers. When bounced on the ground it lights up in festive colors, somehow through its inner bubble bath. The boy bounced it along and giggled as it went, chasing it across the floor. Its pulsating iridescence and wizard spells magically erasing the memory of vomit, its power over the day vanished, though the scent still lingered a bit.