Unfriended at the game room 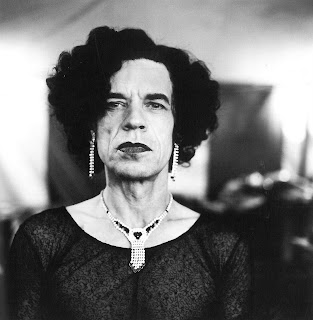 Oh, geez... I've fucked up again. I've lost another friend on Facebook. It's too bad, I really like him. He's a good guy, though with somewhat disagreeable ideology.

You see, I've decided that all I'm going to do is argue politics on Facebook any more. No more feel-good posts about newborn kittens or monkeys. It's my new obsession. For those of you who have known me for a while you know that I need a new obsession every now and then. Well, I've found one: general election partisan politics.

I've really had so much fun on Facebook the last few days...too much, really. It's like a video game and I'm just shooting down Republicans (and some Liberals) as fast as they can come at me.  Around 9pm each night I run out of quarters and have to meet mom at the food court so she'll give me a ride home. That sort of feeling.

But I guess I went too far with my friend, Mark. He claims that I insulted him and he deleted me as a friend. I'm used to being deleted, that wasn't what stung. It was that I was just fucking around. Yes, I disagree with almost everything he posts, but I like the guy. I unthinkingly claimed that he exports "political hatred," which is a partial truth, he does. But he didn't like this, he went on to say that he had been accused of "hate-speech," which wasn't true at all. All of his posts are extremely biased against every single action of the left, the president in particular, as you can imagine. He will think nothing of posting derogatory comments and links that paint the entire left as deluded lemmings. I disagree, or only agree inasmuch as the far right is also. But using stereotyping to insult half of a democratic population is a form of political hatred. I should know, I do it all of the time.

Extreme partisan politics seems self-defeating by nature. One side can neither be completely wrong, nor right. Not in a democratic way, anyway, only ideologically (and only for themselves). Extreme partisan politics seeks to circumvent democracy, its goal is to defeat the "others" in a war of supposed overarching principals, regardless of the thoughts and concerns of those others, even if they are in the majority. In fact, it is when one side is at a disadvantage that partisan politics becomes ugliest. Even if both sides were half right, with no overlap in "rightness" then there should still be open debate, and hopefully some conciliation involved. But with many, there is not. So, I've decided to just anger those who are eager and willing to be angered. What possible harm could come from such fun?

Political disagreement and the constitutional right to own guns couldn't possibly go wrong... You see, partisans believe that their opponents should not only not be heard, but that they should be eliminated. If you carefully read the subtext to many of the posts on Facebook you will see a brewing hatred for the opposite side that is ghastly. Liberals and Conservatives alike, they wish the other side to be out of existence, to be silenced for all eternity. They expand their opponents to monstrous proportions or reduce them to merely diminutive characterization. We are already several steps towards disaster. The more extreme elements on each side want a dictator, not a president. Just watch the ways in which they will support and defend unilateral actions from the top. It is shocking.

The term "Executive Order" might become truly terrifying in the next 10 years.

One of the many books to read is "Escape From Freedom" by Erich Fromm. It partially explains the authoritarian impulses found within free societies. The fear of choice, freedom, and the mechanisms by which presumably democratic people seek to dissolve the freedoms of liberty.  Freedom makes many uncomfortable. The book separates liberties into negative and positive halves and explains how only possessing impulses towards the negative (the release from restrictions) without also possessing the positive (the impulse towards a creative, free and expressive society) is extremely dangerous and leads to authoritarian leadership.

Both sides are deeply engaged in stereotyping their opponents as the sole cause of restriction. From there it is a very small step to define them as the thing that society has a seemingly universal need to escape from. In America neither side is going anywhere, yet. But that imaginary balance does not always hold.

Moderation has become a joke. Just the other day I was called a coward by somebody on FB because I said that I didn't like either candidate. The person accused me of lack of bravery at simply not choosing between two candidates that I didn't care for. It is a common and easy response to elicit.

In that same thread I instructed him, and one of his comrades, in this way: "How 'bout you suck a greasy Dorito fart out of my asshole?"  It was a joke, of course, I don't eat Doritos. But the temperature of conversation online has devolved to such a degree that neither of them even flinched at this. What one of them found far more repulsive was me not being willing to directly defend Barack Obama, so tuned was his focus on partisan attack alone.  He was prepared with many youtube videos to defend his lack of support for the president.  How is it possible that I can tell somebody to "suck my ring piece" online and it goes virtually unnoticed, but presenting a balanced view of various virtues or faults of a candidate invites a witless duel of the dearth?

There is a paucity of moderation involved in most all of the conversations that I participate in. People's arguments often lack all nuance, or charm. There is only the supposed bludgeoning of the opponent, even at great collateral cost to the misinformed self.

So, my sole purpose from here until the election will be to agitate. Let's turn over some strict-party rocks and see just what is crawling, or lurking, underneath.