But all your friends are there 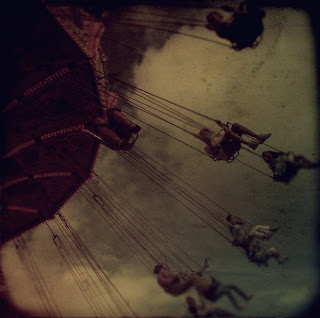 The boy is under the weather today, so I must watch him here at home. There is no bringing him to the nanny on a sick day. Too much danger to get the other kids sick. It is a small taste of what later childhood might be like: days spent at home, missing work to watch the child. It is more than just money that prevents parents from taking vacations. It is lost opportunities, though Rachel keeps telling me that I have it backwards, each day is a blessing.

Speaking of vacations, we eagerly look forward to our trip to Florida in October. It will be the first time that we've seen some friends from NYC since we left. We will try to take Rhys to Disney World, though he will be too young to appreciate it. I have been many times but will go again and tell Rachel boring stories of my life in Orlando: staying up all night dancing at "The Beacham", then eating more acid and going to Disney all day. We would have theme days... Do nothing but ride transportation rides, or try to get in as many family pictures as possible, or eat more acid and get really weird, unable to drive home for hours, sometimes just wishing that it would stop.

It seems another lifetime ago. 1989-90-91. A time before cell phones. I was married before Rachel, her name was Amy. We had a little starter-marriage. Very few of my friends now even know her. When it was over I began the process of moving on, seeking new friends elsewhere. It was crushing, as if there was a lead apron on me, just like at the dentist, but everywhere I went.  I was being x-rayed for seasons, across great distances. There was no escape from it. After the split it took me another five or six years to move from Orlando, leaving the doomed marriage and yet another failed relationship with a woman named Honey, lost among several other things that I had once irresponsibly cherished. That love. My mother had passed away. The glue of my life had ceased to hold. The binding had become dry and the pages began to drop out. Nothing held.

Neither of us was mature enough to make the commitment of marriage at the time, me more than her. But we lived as unorthodox of a life as possible and it eventually took its toll. It didn't take very long. I, perhaps wrongfully, believed that all things could be laughed away, that nothing could possibly touch us.  We were young and indestructible. It turned out that only one of those things was true.

I was too young, and far too eager to push people's limitations, to be married. That much became crystal clear, held there in shattered glass as it all dangerously faded. I didn't get married again for almost 20 years, after assuming that I probably never would. Now, I've finally achieved the maturity level of a man somewhere in his mid twenties, I hope. It all seems to fit better now. Maybe I should re-celebrate my 30th birthday sometime soon.

I'll invite everybody. I'll send out the invitations this week.

"You are cordially inverted...."