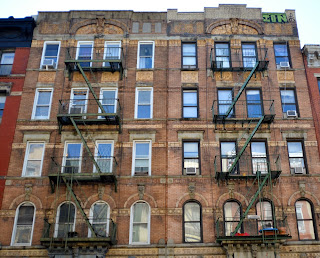 Not much to report on today. Yesterday we went to a bbq that did not include any barbecued food. There was a grille sitting there, cold and unused. There were various plates of food, none of which were grilled meats. I drank a couple plastic glasses of Etude 2009 Pinot Noir. There was, at least, that.  Nice wine. I would suggest it to anybody.

There is something strange about many of the people here. I will give it some more thought and perhaps  report back to you about it. I have made observations but don't want to be unfair. My initial survey of the place is almost cruel. It is a strange place in many ways. It is in the way that people carry themselves. It is almost as if they are perpetually trapped in the opening scenes of a film about humans that are actually aliens, aging much too quickly in our oxygen-rich atmosphere. Sort of like Prometheus, but not as poorly written.

Selavy is in New York without me. I warned him against such things. The city is ruined now, no longer worth visiting. I have received links to an online article about how my little neighborhood bar has gone out of business and it will now be turned into a 7-11.... in the very heart of the East Village, a lamentable change.

I wrote once before about the owner, Bob, passing away. It was when I first began writing on this site; so many confessions ago. Apparently his wife, Anne, had allowed several different people to come in and help her as "partners." Investors and friends, or worse. The place sunk, closed its doors, and now will be converted to a 7-11. There is nothing to be happy about in the telling of the story. Except that the relentlessly complaining bitch that lived above the bar will have her hands full now. Fuck her, She has thrown full soup cans down at people from her window, poured hot water on the doorway from above, screamed out her window anytime she felt that she was somehow being victimized by the city, called the police repeatedly, etc., etc. Now she will have a 24-7 flow of noisy, drunken people underneath her window.

The bar there functioned as my living room for about a decade. It was were I would often meet friends to chat and have a beer. Most apartments in NYC are too small for such a thing. So, local bars become as much a part of your life as your own living space. I acted like I owned the place, much to the occasional chagrin of the actual owners, or the many people who worked there. I am still friends with several of the bartenders and patrons from through the years. Tricia, Yvette, Adan, Gina, Michael, Delissa, Ishmael, Karim, Vinny, Rosie, Taryn Fem, Dede, Yuun, the list goes on and on.

Dwayne, a fellow "local," is also a friendship formed over the course of many afternoon beers drank there. I met his son, Philip, when he was just 14. He's now in his second year of college. Tricia, the ex-bartender, plans to come visit California with her boyfriend in the early part of next year, surveying the place to see if they will move here.

Once, while sitting at her bar drinking beer, I threw a balled up napkin into her glass from about 8 to 10 feet away. A minor miracle. Then, as she picked the glass up to remove the napkin and was moving it around I landed a second shot, on the moving target. The bar went wild with enthusiasm. I was the champion of unbelievable bar tricks. I spent the next 30 minutes making a perpetual nuisance of myself, trying to land a third.... It never happened.

Ah well, things change. I have heard several reports that the neighborhood has slowly morphed "for the worse."  Chain stores have been coming in and replacing individually owned shops. A Starbucks can be found on 1st Ave and 13th now. Sacrilege. A recent article claimed that the East Village has more "chain" stores than any other zip code in Manhattan, except for one. So, maybe it was only my skewed perception of the place that made it what it was for me. The mind is ever able to see what it wishes, as it sees past the actuality of what is there. Perhaps my beloved little village always was something other than I had believed it to be. Or, like so many other places it becomes only a portion of a fantasy.

The skies were bluer. The grass was likewise greener... and the delivery guys were always quick and discrete.