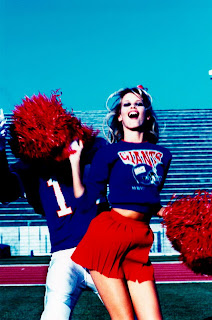 Well, yesterday's post angered a few friends. My work here is almost complete. As we slide towards the inevitable disaster of the general election the various cultural divides become chasms. We are a republic of splintered fragments, currently undergoing some mild fracking.

Who would have ever guessed? We are nearly surrounded by Christians. They're everywhere.

Hey! Some of my best friends are Christians....

What amazes me most in hearing people discuss the various merits, or lack thereof, of the two main candidates is how they all seem to be the victim of the opponent. They have personally suffered at the hands of this cruel monster... or they will if he ever gets elected (the other guy). It's nothing short of amazing. People will blame the president for every failure or difficulty they've encountered in the last four years.

My brother called me and was saying that he "enjoyed the most economic prosperity during 'blah blah blah...'..."

When I tried to address the nation's economic prosperity he corrected me with, "No, I said that I enjoyed the blah blah blah..."

I countered with, "Sure, and I got my first strand of herpes during Clinton's first term. What's your point?"

What the hell is wrong with people?

I remember a pretty blonde girl giving me my first analingus during Reagan's second term. Those were truly prosperous times. I think I was driving a Ford Fiesta.... Thanks, early-onset Ronald...!

Ok, on to more serious matters. Munching butt is not what brought us here today.

Maybe America should stop liberating the middle east, and north Africa, and everywhere else.... Things haven't quite worked out for those Libyans the way that we might have hoped. Man, talk about ingrates. You know, we could have been out liberating other nations... We chose you because you're special, we like you.

We're quickly heading towards Arab winter, let's see how that pans out.

I just love snowfall over Cairo....

Ok, on to less serious matters... Rachel cut Rhys' hair on Sunday. It's the classic first cut, in the "mommy" style. He's still the cutest kid on the block. After much delay I finally conceded that the boy needed a trim. His hair was falling down almost past his nose. It required constant adjusting to keep out of his eyes. He never even seemed to notice. He's the happiest baby I've ever known, truly. If this kid can't make you smile then you have a lonely soul. 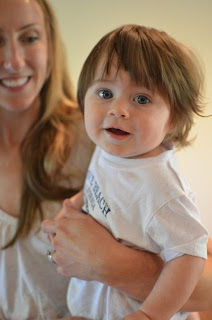 The boy just woke up. I can hear him rustling around in his crib. I will go upstairs and give him a few fine, big smiles of my own. Today is our day. I will tell him about Jesus and all of the many angels dancing in the heavens.