Confiscated By Any Citizen 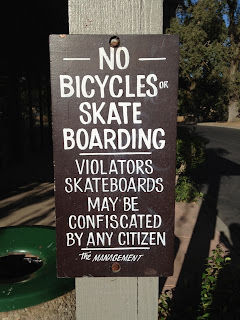 (lawful application of the 4th amendment)

Guests last night, Cato and his father, another guest today, Rachel's grandfather. Festive times. Chicken on the grille, bottles of wine, cheese, talk of rock and roll, blues, politics, etc. Tomorrow evening, an SF Giants game. A big game against the LA Dodgers, California rivals. Should be fun. I like baseball much more when at the park eating hotdogs and drinking beer. It is the way that it should be done. It will be the first game we've been to since NYC.

I haven't seen Clinton's speech from last night. I read the transcript this morning. He seems so much more capable of beating on the repubs like an out-of-tune gong than Barack is.  What can anybody say to him, really?  He proved the lie of the right, doubly so. I keep hearing people from the red say that they want to get back to pre-2007 spending levels. I can only assume they must mean 1993-2000. Anybody that would want a return to Bush era economics is a willfully ignorant fool.

I'm not super excited about Barack Obama but I want him to beat Romney and his wunderkid henchman.  The thought of either of those two dipshits being in the position of appointing a Supreme Court Justice should terrify anybody, everybody. I deeply disagree with their portrait of America, what little of it they've revealed when you can finally wade through the rhetoric, nonsense, or outright lies. There are four justices that will likely be retiring soon. If those appointments push the court even further to the right then we are all doomed. It will bring us back 100 years or more, possibly all the way back to 1861.

Ok, not much more to tell today. I haven't seen the neighborhood woman since the day before yesterday's debacle. The husband tried to give me some "grandfatherly" advice yesterday as I was walking Rhys and Barkley, making it seem that the real issue was our inability to comfortably raise a child, our exaggerated touchiness. I let him know that, No, that's not it at all, the problem is that his wife should have detected us not answering our phones for what it was, an inability or lack of desire to talk to her. So, I made sure he understood to let her know not to do it again, that her knocking on our door, and persistent calling of our phones, is not welcomed, nor will it ever be.

He actually tried to couch his condescension in "advice."  I nodded and listened then said, "Well, I'm not anybody's grandfather but when two people don't answer my calls my next move isn't to knock on their front door. We don't pay our mortgage so that people can have unrestricted access to us, we pay it so that we can have privacy, peace and a quiet place to sleep. It's actually the reason there are walls and doors on the place, to keep others out."

I had had about enough after that so I just walked off and took Rhys and Barkley for their walk.

I'll be a hermit within the next 5 years, grumbling to myself about those "damned fools" that live across the river, always making so much noise and dancing, eating up all of the squirrel meat, stinking up the valley.

I can almost see it approaching in the distance, like an out of focus thunderstorm.