A modest call for intolerance 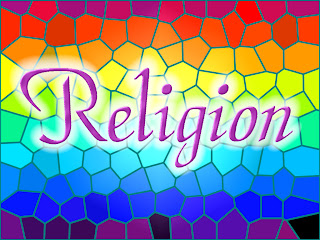 There is no point in telling anyone that aspects of their religion are absurd, no matter how evident that absurdity may be to an outsider. Favorably comparing the tolerance of your faith to the intolerance of any other proves nothing. The comparisons are meaningless. Any time an individual or a group chooses to act solely upon faith then they are alternately acting against reason. All of it should be resisted by those who value rationale and order over mystery and darkness.

I am tired of hearing about how preferable Christianity is, in comparison. A few of my "faithful" friends have recently gone out of their way to remind me how tolerant they are, while pointing out what seems to them to be the apparent absurdity of Muslims who are globally angered by the video, "The Innocence of Muslims."

I am not convinced. I remind them that Christians frequently kill abortion doctors and bomb abortion clinics.  They'll quickly try to point out that those acts are the acts of individual lunatics. No, they are organized and strategized, often accomplished by groups. Christian groups. If you can lump all Muslims together in one sentence, after damning them for their lack of tolerance, then the same can easily be done about you and your religion. It's easy.

A friend sent me an email the other morning decrying all the nonsense. I have to agree. I am (again) disappointed by the reaction of the left. Most of them seem to have forgotten the importance of the various freedoms we enjoy. It is far more important to them to seem tolerant, the new byword of intellectual flimsiness. They band together and start babbling nonsense, calling for greater sensitivity to the faith of others. I agree that it might be a good idea to not anger others without purpose and intention, but those that condemn the video and demand that it be taken down regard a vastly different set of values than myself.

If you don't believe in the freedom of speech, then shut-up.

The only thing that defeats a bad idea is a better idea.  The only way for this process to naturally work itself out is for various ideas to disseminate through culture. When one culture says, "No, that is not an idea that we can allow, that idea must be stopped by force..." then that culture doesn't get to participate in the conversation. It's all very simple.

The one thing that other cultures definitely do not get to do, and will never get to do, is to decide what ideas will be discussed among the free.

This includes Christians. So, why not Muslims?

I disagree with a fair number of assertions that Christopher Hitchens has promoted in his writing but he made some very salient points concerning this in his memoir, "Hitch-22." When he reached the section on the reaction of the left to the publication of, and subsequent fatwa for, Salman Rushdie's "The Satanic Verses" it all started becoming so much more clear to me. The left has completely lost its will. Too many now - among those who claim to be the true defenders of liberty and freedom -are really only interested in resisting "the American right." When a threat emerges from anywhere else their immediate attitude is one of appeasement, "understanding," and the very flimsy concept of "celebrating diversity." They want our nation to get along with every other nation because they, as people, likewise want to get along with, and be liked, by all. Ever eager to toss out any offending principles that guide our own culture. If Muslims find our freedom of speech offensive then the left is all too eager to modify that freedom to better suit their needs. Salman Rushdie must have done something "wrong."

They all seem to conveniently forget, or ignore, that one of Mohammed's instructions was to convert the world to Islam, at pain of death. If the infidels will not be converted then they are to be killed. It is written. The command is very plain.

Let me know how tolerance works out there. Celebrate that diversity, while you still can...

When "diversity" includes killing others over the depiction of Mohammed, or anybody else, then the response should be very simple from all sides... No, not at all. Not ever. The freedoms of speech, religion, and press must always remain primary over all other considerations. It is not possible to accommodate all tenets of all religions: like the killing of others for the purpose of converting the world to their faith, etc. We need not ever even voice this, it is embedded in our laws. Murder is a crime, it necessarily must be. We do not bend our laws to accommodate their religion, in any way, nor any other religion. The consideration that we adopt Sharia law - making the desecration of the Koran, or the depiction of Mohammed a criminal act - should frighten anybody that has ever read The Bill of Rights and understands its importance.

For this same reason, "hate-crime" being a criminal offense should not be tolerated. One only need exchange the word hate with thought to see the problem. Hatred is a form of thought, an emotion. It can be acted upon, but the act alone should be what constitutes criminality. These crimes might be despicable - almost as despicable as the state criminalizing thought - but a person's bias should only be used to establish motive, it should never be an independent crime. It is one short step away from criminalizing dissent, hate against the state. Hate crimes might be an absolutely contemptible thing to witness on any level, but to criminally punish a person's thoughts is far more dangerous than those hateful thoughts could ever be on their own. It is the expression of, the acting upon, those thoughts alone that must be judged.

We might not have faith in the judicial system, but the inclusion of motive as a separate crime should never be mandated by the state. The penalty for the heinousness of a crime should be left to the discretion of the sentencing judge. It is they who have heard the details of the crime, and they should be left to determine an appropriate punishment, one commensurate with the hideousness of the act. Motive - once included in the trial at the level of either guilty-or-not, with attending minimum sentencing requirements - becomes a very different thing. It becomes the criminalization of distinctions and bias.

It is illegal before you even think it, soon to be punishable on its own.

If hatred can be criminalized then Christians should argue for the criminalization of the Islamic faith. It could be proved easily in court. By quoting Mohammed's instructions to kill infidels who refuse to be converted then you have made the entire religion complicit to past and future murders. It would only take one religious based killing to establish this in court.

Jews and Christians would not fare very well under this process either.

This is the greatest threat from the latest left, a very serious one. They have struggled to create a world that is somehow safer for some. Now, the full fruition of that struggle will prove its danger.

The assertions in the last few paragraphs might seem like opposing ones. They're not. They both seem to advocate intolerance, but one does the opposite. Once laws are created to protect citizens unequally then all that is needed is the re-application of those same laws to render basic rights meaningless. If the koran advocates killing infidels who refuse to be converted - a clear violation of hate-crime laws, advocating violence based on religion - then the text will eventually be brought into court as evidence by an overzealous prosecuting attorney. The establishment of a primary religious text as advocacy for a hate-crime will change everything. You think the world has problems now... Just define the koran as a doctrine of hate and then just wait and see....

Equal protection under the law. Punish the act of crime... not the speech, not the thought, not even the doctrine.

Imagine if all motives were rendered criminal. Shortly after leaving your insurance agent's office you were arrested. Because your husband or wife listed you as the sole beneficiary of their life insurance policy, then motive has already been established for murder. Haul them away. There is no end to the absurd application of law once inequality is allowed to enter the process, and motive considered apart from the criminal act. If the motive alone is a crime then every child should be arrested when gazing excitedly at the candy rack. Throw those little thieves in the licorice jailhouse.

If you think this sounds too far-fetched then read this article. Here is the DA allowing debt collectors to act and function as stewards of the law. In most states it's against the law to impersonate a police officer, but apparently not so as the DA. The entire system functions upon the assumption of guilt, then combines the most debased aspects of capitalism to merge in punishing, and preying upon, the untried defenders. Eat the weak, eat them quickly before somebody else gets to them.

Combine the privatization of law with the Christian faith and you've created an unstoppable monster, many unstoppable monsters. The Rick Santorum's and Paul Ryan's of the world will come to life in unimaginable ways, breathing their own brand of fire. Without equality under the law then there will be no way left to stop them. Arm an army with a sense of righteousness and the selective application of the law and it's only a matter of time before they're marching to purge a holy land, one just like ours.