Apostrophes, the pain of lost convention 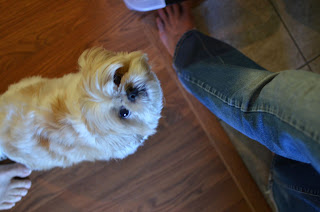 Awake for hours, lying in bed, unable to sleep. I know that I should go lie down and try to drift back but it is a novelty to be up, alone in the middle of the night / early morning.

Yesterday, a friend generously pointed out to me how deficient my grammar is. It is something that I have known for some time. The more that I write, the more detailed I try to become. When I go back and read my posts I am mortified. The errors are too many to fix. Well, the ones that I notice anyway. He specifically drew attention to instances in which I was incorrectly using the apostrophe to pluralize words rather than to denote that I was forming the possessive case.

It is a long running theme through my life. I have tried, quite self-consciously, to ignore convention, believing myself to be above the petty constraints of standardized rules.  Grammar is for pedestrians, I have whispered in my sleep. Commas are at my command.

I went through a period where I believed that I was a sort of American Rimbaud in the making. It was in my late-teens and early twenties. It didn't take long, by my standards, for me to realize that I was far from being the genius/prodigy/poet. The entire process perhaps took a decade. But the feeling that silly rules didn't apply stuck with me, for good or ill. I went from being the poor man's Rimbaud to a sort of traveling house-to-house Chinaski. I might have made a worse jump. But the impulse to correct myself didn't come along until much later in life.

I joke about being either Rimbaud or Bukowski, of course. They were two of my heroes and I only meant that I tried to emulate them, or what they represented. I don't place myself among them, but only in spirit, etc.

I have a Holt Handbook that I keep next to my desk but I rarely consult it. Most of what I write is only a revised first draft, many mistakes and poor habits slip through. Sometimes I will begin writing in the morning by correcting the post from the day before. Even then, the errors that remain are many.

It all seems so simple. There are only a few components to punctuation. The mechanics of it seem fundamental, at least on the surface. My focus must be elsewhere. I have accumulated many untutored habits.

Well... the idea is to improve over time. I am hoping to still have some of that left. Time.

Email me and let me know if you find glaring, shameful mistakes. If you can tell that I have been drinking when I wrote the post then don't even bother. On those posts I will usually just delete whole paragraphs the following morning. Shameful passages crept out into the darkness with swaggering pride; sailors at a whorehouse. Things that can not be so easily slept off by noon, far beyond the reach of penicillin. I often wince at the morning computer screen, wishing it all to be a lie, a joke played on me by the internet.

I miss staying up at night and writing. It is something that I haven't done in a while. The boy has shifted all household behavior towards his needs. I am lucky now to get 15 or 30 minutes in the morning to try to quickly jot some semblance of a thought down. Sometimes I feel lucky and am pleased with what I've forced out, other times it represents the limitations of the arrangement.

Ok, enough about writing. It is something that is better done. It becomes much less so the more that it is talked of. I must assume that I have sufficiently bored anybody that has made it this far.

I missed the deadlines to get my teaching certification (substitute teaching). So, now I must wait until January.  I will find some other foul means of subsistence until then. Perhaps I will get involved in gambling or African gun-running, etc.

I found a new collection of essays by Christopher Hitchens, one that was recently published in paperback. I will have something to do now for a week or two.  It is why I couldn't sleep last night. Some of my insomnia is self-induced.

That reminds me, a brief story, tales from the family file:

I have tried to learn to manage the family caravan, navigating the streets of Sonoma. There is Rhys in his stroller, Barkley on a leash, and me usually in flip-flops. Sometimes the fates are with me, yesterday they were not. It was the late afternoon and I only wanted to get out of the house for a bit to break up the monotony of the remainder of the day. It helps both Rhys and myself to have something to do, an activity that requires minor local travel.

We drove to Sonoma square and easily found a spot in front of the theater. I parked the car and meticulously got everybody ready. This requires an orchestration of commands to Barkley to "stay" while preparing the stroller and getting Rhys out of the car. Then there is getting the dog's harness and leash on him while monitoring the stroller and Rhys' happiness reservoir. Barkley seemed quite pleased to be coming along with us. On the way we passed an agreeable black labrador who was tied up just before the book store. The day was not so hot that leaving a dog on the sidewalk seemed cruel in any way. He seemed quite happy, content.

I managed to get everybody inside the book store; acting at once as captain, courier and doorkeeper. They are dog-friendly there. I carefully guided our multi-species convoy towards the poetry section. I wanted to replace my book of collected poems by Dylan Thomas, something I gave away back in NYC. No luck there. Lots of poetry, none by Thomas.

Lots of poets, but not so much poetry...

As soon as we started moving towards the next section - a thing accomplished only with a mild mixture of concentration, discipline and effort - Barkley started heaving up what was soon to be some intestinal remnants on the center of the floor of the book store. I picked him up before he could jettison any of the vile stuff onto the carpet and took him outside, leaving Rhys briefly unattended though presumably safe. I could still easily see his stroller through the front window. I tied Barkley to a sign post near the friendly black lab, confirming their mutual friendship.

I love the little pup much but he has an uncanny way of making himself a nuisance when I need him to be my easy-going-buddy-on-a-leash the most. It is, of course, not his fault. I had averted the stomach bile disaster at least momentarily, that's what mattered. I went back in but I couldn't browse comfortably with him out there naked to the world. It is the recent story of my life.

I was trying to not make eye contact and was exuding as much calm and control as I could. Being a lone parent in transit is either a minor feat or failure, or a string of both. I bought my book.

A man usually learns to manage his own life, sometimes falling in love with a woman and adapting to the changes that love necessitates. The individuals become part of a pair, some say "whole" through that arrangement. The unit learns to function as a team, hopefully. Then, there begins to accumulate around them - around their love - other animals, more life. The dog seems a sensible addition, a friend to care for, a living shield against loneliness. A fuzzy buddy. Then comes the child, upending any and all systems that might have been in place, for all time.

Soon enough, Rachel will be seeking yet another child. I am told that's where the additions to the family unit will most likely stop. We will be fully nuclear.  As is, we are an isotope with one proton eyeing the horizon for a little future neutron.

Somewhere along the atomic way you find yourself standing in a book store, needing some sense of autonomy, some sense of control; the dog is puking on the carpet, the kid pooping his pants in the stroller, laughing along with life, soon to be hungry, and you... wondering how it all happens and whether or not this new Higgs character is truly to blame. 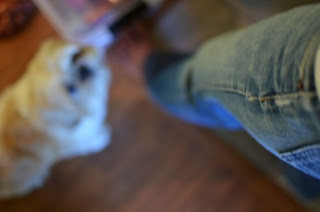