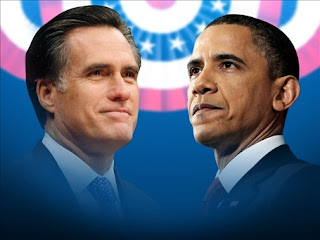 Along with others I've felt the deeply partisan divide in this country, and have felt the continuing damage of it as well. Growing up in Florida it was impossible not to notice the stark contrast between the two political views, the presumably Manichean divide. But something has changed, at least for me. It's possibly only the effect of social media, this heightened partisan feeling. People are more willing to trot out their hate for one another with less consequence, so they do.  They mask their contempt with the thinly veiled idea that they are merely trying to make a point, or have a "conversation," but they'll engage in dialogue in ways that would hardly float in the actual world. The arguments are almost exclusively ad hominem.

But those same people, emboldened by their newfound strength on Facebook, and their sudden strong sense of allegiance with a cause, now seem to be also exporting those opinions to their daily lives in somewhat watered down versions. Both sides only seeming to ramp up their nearly senseless rhetoric. Where politicians used to seem to want to appeal to moderates, now those people are only called "undecided voters" and are fought for in a variety of different ways, but rarely treated as a group capable of having moderate sensibilities. The center is not only not holding, it is disappearing.

I know this Facebook effect first hand. I often engage in it. Of course I do, I'm a social liberal. I see it because it's on the screen right in front of me, almost daily. I am partially kidding along with it, or trying to, but there is enough conviction behind what I post, and comments that I make, so that people know how I feel even when I am joking. I think, I hope, sometimes I hardly care.

I wonder if we'll ever have a truly moderate president again, or live in a world where people wish to engage a centrist political dialogue. It is an interesting thing, always being able to blame the other side, being able to choose whether you are a victor or a victim, ex post facto.

The press do nothing, or very little, to help. They are likewise involved in an accusation war, hurling allegations of "bias" back and forth as if the "wrong" discovered in one reporting equals and absolves that found in another. On and on it goes, making it easier than ever for the reader/viewer to suffer confirmation bias. Nobody can even agree on the supposed facts any longer, though in truth they hardly ever could.  The war on the fact-checkers has already begun, with each side wanting "the facts" to better represent their cause.

Many of those facts are now complicated enough that they tell more than one story, and with seeming honesty from each side, further complicating matters. There are so many issues at stake now that I question whether the average voter even has a basic grasp on most of them. I admittedly struggle with quite a few issues, especially international economics. I simply don't know enough to have an opinion, so why should I be allowed to vote?

The economic prosperity we felt during the Clinton years was credited by Republicans to the success of Reagan's "trickle-down" economics. Now they've changed their tune a bit and they simply state that there never was the prosperity that we all felt and that perhaps Clinton is to blame for the troubles we now face because he was borrowing money to make the budgets seemed balanced... never revising their Reagan story, out of necessary convenience. These are the new facts.

It is funny that conservatives claimed that trickle-down economics would never result in wealth disparity, then denied it as it was happening, and now claim that the causes of it were something other than tax policy and incentive. The greater the result of the disparity the more it seems to confirm their opinion that some were meant to have, others were not. It is written in the stars, and elsewhere... One only need study the recent history of wealth disparity in the country to get an idea of how the conversation has changed, and to what purpose. People seem to believe that because there have always been poor people that means that there should always be poor people. To attempt to change that, or to even allow others to prosper, goes against biblical wisdom. Those are the old facts.

Who knows, eventually who cares. The election cycle is fatiguing for most. It is quite sensible that they only force us to endure it every four years. It is a little talked about wisdom of the founding fathers, the spacing out of the general election to avoid complete and total political burnout. Well, perhaps that wasn't their explicit intention, but rather an unintended result.

What amazes me most is the near senselessness of some of the political posts online, and what people believe makes a valid political point. And I don't mean when they're trying to be funny. They seem to be quite serious. If you want to study America's lack of critical thinking skills then look no further than Twitter and Facebook. People can't seem to separate the differences between the presentation of organized opinion, farce, and unbiased data. Yes, yes, I know, I know... Some will say that any presentation of data can be biased. It's easy enough to do a little research and get an idea, or at least understand the alternatives.  But to proudly present farce as fact....

I love it, truly.  I am easily corruptible and Facebook seems to suit my sense of humor, both "for" and "against."


Earlier today somebody posted that the "real losers" in the Lance Armstrong story are those that might have been helped by his cancer foundation. All I did was agree. I said, We know they're the real losers, they have cancer...

Somehow I'll never get it right.

Or, is it always?