Yes We Can Fail 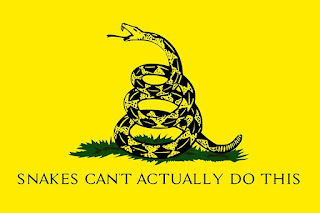 Anybody that is blaming 3rd party voters is ignoring the hobbled donkey in the room. Hillary caused this. She defeated herself in a number of ways, as I suspected she would. She relied too heavily on presumed correctness and the smugness that results from same. She did not listen to the message that Bernie's supporters were advancing, and by doing so she handed the election to Trump.

There are others to blame, of course, but nobody quite as worthwhile. Blame Hillary. Shut the fuck up about people not being willing to vote for her. She is the reason people didn't vote for her. She could have come out of the democratic convention far more conciliatory towards Sander's supporters and their platform, and she could have wooed his base. She didn't. She tried to go after the middle, a middle that her husband reached but that she could not. One that apparently Trump did reach, or more so than most people suspected. To ignore the far left or far right is no longer a luxury that can be afforded any politician at the national level.

The people willing to respond to polls are no longer meaningful in a significant sense.

The best that we can hope for now is that Trump will continue to disappoint Republicans, though I believe that the media may have extinguished any remaining love that Trump might have had for any left-leaning causes. His skin is very thin and he will not quickly forget how they treated him, which at times was actually unfair.

They should have never released that recorded tape. Whatever racist and bigoted bells and whistles Trump may have been ringing and blowing it didn't compare to the growing sense among remaining moderates that the left is dirty and corrupt, and Hillary epitomizes those problems. To record someone speaking without their consent is illegal both federally and in New York, where the recording was made. There are good reasons for this. They claim that he knew he was being recorded, but it is clear that he was lured into his own stupidity. But, it was dirty and the democrats paid for it. Now, we'll all pay for it. It doesn't matter what he said, what matters is what they did. It was shitty and cheap.

Then, to praise Debbie Wasserman-Schultz after the DNC email leak, and to give her the campaign title "Honorary" something..., by Clinton, immediately after she had to resign for corruption.... Well, even after the DNC was caught red-handed, she wouldn't resign. Obama had to call her to convince her that she had to step down. That's how blind the left is to their own problems. They are so convinced of their own moral superiority they have ceased self-examining. Last night should have changed all of that, but then again, so should have the 2010 election.

There's a genuine crisis of legitimacy and the country will pay for it. Apparently, the only thing America didn't want more than Trump was Clinton, even though she won the popular vote (yet another absurdist outcome to a democratic election).

This morning when I dropped the boy off at school, the mostly mothers that were there had puffy eyes, seemingly from crying. Only one bothered saying anything to me, so I made a joke about The Empire really Striking Back this time, but it was only because I didn't know what else to say. I wanted a victory for women, and I didn't know how to say that I never believed that Hillary would represent that, but I very much did want them to feel as if they had won. They do deserve it, and I'm not sure why more of them didn't vote for Hillary, though their reasons may also be my reasons for not liking her.

In the spirit of disclosure, I voted for Hillary, even though I have my problems with her. I was going to vote for Gary Johnson, only to show support for more diversity in our choices of political parties, but when I looked at the ballot I realized that I wanted to vote for a woman instead. I had no way of knowing when that chance might happen again, and I wanted Trump to lose, because I think he is reckless, stupid, and represents an almost evil arrogance that does not, can not, ever make anything Great.

Ah well, fuck it all. I'm going to ride my bike later and pretend that I'm smarter than everybody else, because for now, it would very much appear that I am. I'm not going to be as kind or permissive of their rhetoric any more. The problem is not the near or far right, it's that too few from the left are willing to call bullshit when there's a stinking warm steaming pile of feces in the field, sitting just underneath the bull's asshole. Well, I'm not a farmer, but that just might be bullshit.

Welcome to the oldest democracy on the face of the earth, the one with the newest president elect.

Liberals don't pray, but they might want to start. 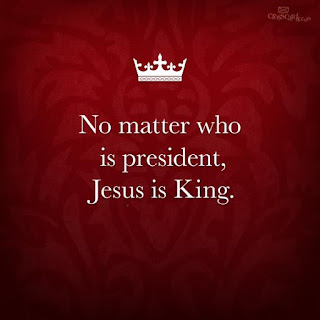