The Breakfast of Cambrians 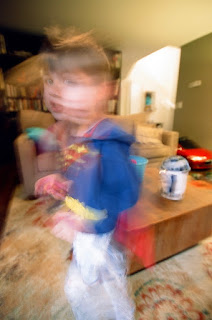 Ok, I have ramped up my training regimen. I bought a fitness app: $6. Now, I am ready for the Olympics. I expect to take home the Gold Medal, though previous winners probably had apps that cost upwards of $20 or more. Whichever app is needed to win the Gold, that's the one I want. I'm starting a shitkicker.com crowdsourced investment project. Do not go to that site. I just did on my work computer. I'm not sure what those people do, but the domain name gives an indication.

Something strange is happening. I have gained 5 pounds in two weeks. I've been training like a runaway madman, but have also been eating like one, or perhaps a homeless man suddenly presented with a buffet. I've been eating a lot, I mean. A sudden increase in exercise also produces an upswing in appetites. I'm hungry all of the time, and have not made wise choices. I know this, because they never felt like choices.

Yesterday, I went to breakfast, after already having eaten breakfast. I was with a work buddy. We were both at the office very early and they were testing the alarms in the building. So, we went to Denny's where they have wifi and we chatted and worked while I ate a Moons Over My Hammy sandwich with hash browns. This was after a pot of coffee at home, a full bowl of cereal, a banana, a plum, and a breakfast bar. About an hour before I squeezed through the front door of Denny's.

Now, I know what you might be thinking... that Denny's sounds delicious. It was reliably Denny's food. No question about it, but the costs were staggering. Their menu is not uniform in pricing. I don't exaggerate when I tell you that this plate of food that costs no more than $1 to obtain in its pre-cooked version costs $20 once placed on a plate in front of you and uniformly heated, in SF.

I'm not a fan of Denny's, as you may have guessed, but I ate the entire plate, ceramic and all. I was gnawing on my fork when my buddy checked to see if I was okay. He ate only half of his sandwich and then gave the other half to a hungry guy on the street as we were leaving. I felt bad, so I offered to show this guy my ripped calves. That was all I had to offer. Training requires sacrifice, and for whatever reason I felt that this guy needed a gentle reminder of that.

I kid, of course, out of my own dietary guilt. My buddy is a nicer guy than me. It's hard to figure out, because we share a similar sense of inappropriate humor, but somehow he doesn't use that sensibility as a template from which to live life. So, I see now that it can be done. Life, I must be doing it wrong again.

Back to the Olympics:

My appetite for everything has been greatly escalated and is now being documented by a series of movable weights on the gym scale. My fight and face-off is against two pieces of lead. They are not easily spooked. One has sat at the 200 mark since I've lived in Sonoma, never once dipping below it. The other has cycles like the moon, drifting back and forth between 37 and around 2, though most of its time has been spent around the 25 zone. Once even going as low as zero, never to return thus far. If I can focus on limiting my intake then the big chunk of lead will be moved down to the 150 notch and I'll get to watch the other smaller piece drift immediately up to the 49-50 area. My fight will start anew from there. I have an eating disorder, in the sense that it is chaotic.

I am currently enjoying the unofficial diet of the Denver Broncos defensive starting line. I eat as if I'm famous for it and enjoying the rewards of that fame.

It's very difficult not to eat this way. An injury right now could possibly send my weight into the quadruple digits. I'd like to say that my body is making use of everything that I put in it, but that would only be true if you saw the pudginess on the front of my abdomen as being useful in a fitness sense. It is very true that training with extra weight will help increase endurance, though that becomes more true if you can safely drop that weight before competition.

My buddy that will also be entering the Olympics (in the sissies category) convinced me to buy the $6 fitness app. It is designed around a 16 week program to prepare a person for being in the Napa Olympics. It is programmatic with a linear increase in activity. It all makes perfect sense and should ensure victory for one special man.

There was a time not long ago when women were not allowed to compete with men, particularly when voting. I don't wish to speak too soon, but it's lucky that these three women have chosen to participate in the Olympics now, because the curtain sure seems to be closing on that sort of thing.

I want Eric and Donald Jr. on the Supreme Court's bench more than I have ever wanted anything before in my life. Those two thinkers will set this country's mind straight. You know Donald would never appoint Ivanka. He lacks the requisite sense of enlightenment that would permit such a thing. A woman on the S. Trump Court. How silly is that?

I've been making "white power" jokes with people lately. It's what you do when you have a freshly shorn, Irish head. So far nobody thinks that it's very funny, at all, but that's because I'm not in Florida anymore where those things are still quite comical, if only by proximity to Cubans and Puerto Ricans who uniformly find white power jokes to be laughable. There are simply too many examples of supremacy in Florida from which to choose. The finest minds of the last generation are to be found in those swamps.

I'm going to switch it up for the Olympic competition and go with "Male Power!"

I suppose I could veil it a bit and go with "Masculine Capacity!" but I do not wish to obscure or dilute the message. White men have won. They chose their fav Twitter troll to lead them towards Again.

Oh fuck. See? I need to focus. I can't be distracted by the sudden chatter concerning the return of white nationalism at the highest levels of our government.  I hope that no one takes this jocular denigration of Trump seriously? Trump has feelings, too!

Can you believe  the way that people are responding to his appointment of rich racists? It's almost as if they don't care about his feelings.

Ugh, I should be eating right now.

I do have an anxiety issue with food, I think. It has appeared suddenly on November 9th and is growing exponentially. There is a specter haunting Hell....

I often sit and work at my kitchen table. I notice that when I am having a stressful day that I'll pick at food more often. I'll wander to the refrigerator to look and see if anything needs my devouring of it since the last time I looked. Some food just begs to be binged.

It doesn't help the stress, very much. It just makes me feel so, so pretty when I see myself dancing in the reflection of the microwave. Sometimes it feels as if I'm really stuck inside of the thing. 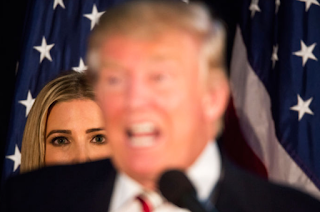