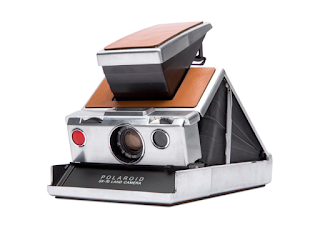 I saw a polaroid of an old friend on Facebook today. He was towards the lower center of the image, the sun setting in the background, Cubs jersey on, glasses. Just a kid, circa '82, he said. It was a picture like many others, one taken long ago, an object reflecting a world that is no more. A document that represents a set of memories, times and places. It caused me to start looking around online at polaroid cameras and instant film, forming plans, scheming to obtain something new.

It would be really silly of me to buy another camera right now, wouldn't it? The one above is at B&H Photo for $300. Each 10-pack of instant film is $20. It's an expensive hobby, photography, like cycling. Instant film would allow me to give away my money more quickly. I might enjoy it more that way.

My mind is beaten, bruised, in need of a woman. I was on call last weekend and worked today, shortening my days off to a single one, tomorrow. I had hoped to go on a hike with my buddy from the city, but now that I am here in bed I wish for nothing but to disappear, to disperse into the ether, not taking physical shape again until the dark of morn. It's a great night for it; it'll be 2am for an hour.

I would like DST more if the clocks stopped for an hour. There's nothing all that fun about them jumping back at a given time, unless you're at a bar. For all of them to stop and hold a time, well that would really be something worth sleeping through, like a lunar eclipse. The next day you'd overhear people in the coffee shops talking about how they stayed up for it and watched their clocks, how they had missed it last year, and sure enough at 2am the clock just stopped.

I didn't watch it the whole hour, after a couple minutes it's just more of the same, but I just couldn't believe it was really going to happen. They say even a stopped clock is right twice a day, well we couldn't figure if that sucker was right or wrong, we just stared at it for a bit, then went to bed.

The buddy that I am thinking about going hiking with just hiked the Pyrenees, from east to the west, the whole paella. After that he went down somewhere in southern California and meditated in complete silence - ten hours a day, ten days straight. I have spoken with him since though not at length. When we did speak I was more interested in the meditation than I was the hike. It seemed terrifying to me, to not speak, to only have my own thoughts for such a long period of time. Everyone wants to believe they can do something like that. I presume that I would lose my mind, or that it would find me. It's out there somewhere now, waiting, stalking in the dark.

I went for a Herculean ride today, a few hours out to the Infineon Raceway then back up into the hills on the eastern side of the valley, by the bike shop, and then home. Now, I sit here in bed, beaten, wanting something that is far away from me. A woman.

Or, maybe it's not that at all. My friends appear no happier within relationships than I seem locked outside of them. Or, so I tell myself.

I want to visit my friends again, at least. My little sis' had a baby this week, a girl. I wish to visit, though now is probably a bad time, perhaps the worst. I am much better around kids now than I used to be, but a newborn is not even a kid yet. Being a dad forces you to be better around children, I guess. I have learned to only scream the word fuck when I need to. I've cut way back on using it as a sentence conjunction. I find it much easier to talk to kids now than I once did. It is sometimes, even often, an unexpected treat. It might not always be the most sustaining conversation, but there's usually a jewel hidden somewhere in there, an unexpected glimpse into the not yet mature mind of mankind.

The kids are alright. 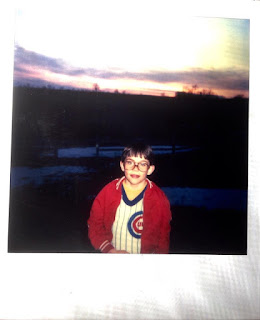