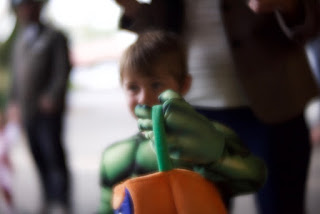 Turns out that DST might not be as great as I had hoped, an extra hour of sleep for those that can. For the rest of us it's an hour more of darkness, nothing more. I awoke at 2:30 am rather than 3:30 am. It's a real party over here.

The other day, I was sitting at my kitchen table working, as I often do, when a woman came to the window and held her hands up and looked in. It took her a second or two to realize that I was sitting just a few feet away from her, and she stepped back in embarrassment, laughing and apologizing. I went and opened the door and said hello. She and her friend stepped over and said hola. I explained, Mi Español is muy malo, you necesito practicar.

She explained in freestyle Spanish that she used to live in this apartment, for twenty years. Veinte años. I invited them in to look around, though instead we stood at the door and chatted amicably. She explained that her children grew up here and they are now grown, that her children also had children while living here. Now she lives somewhere else, the rent was too expensive for her to stay. I explained that I feel the same. She asked me how much I pay and in single Spanish digits I went through the four numbers that comprise my rent payment, not knowing the Spanish word for the full amount and wanting to say Millenovecento, but knowing that number was wrong (lifted from Bertolucci) and that the word is Italian. Though that hasn't stopped me much in the past. When I want to be wrong in either a cultural or linguistic sense I do not allow many interruptions on my path to error.

It is the second of the fours digits that could use some work. The first number is as one would expected it to be, of course there are the two zeroes that trail the painful part, the part that seems most negotiable, that second digit could come down quite a bit.

We laughed about the absurdity of it all. I tried to make a Trump joke but I may as well have offered to host a blood-feces seance and child sacrifice with these two Latina Christians. That wrapped up our little conversation neatly. I tried to counter-balance my bilingual comedic error by saying, Viva Hillary!, or something like that and they broke into the closest approximation to a jogging getaway that I've seen from two octogenarians in some time, maybe ever. They were rubbing their rosary beads and chanting counter-spells of some kind.

Aren't Catholic women just the cutest? They sure beat those mean-assed Methodists. What was it that Norman Maclean said, Methodists are just Baptists that can read? Well, maybe Maclean stole the line from an old joke, looks like he must have. That is the conclusion of my extensive online research into the matter.

I don't really care all that much about Christianity. It is only the seven-headed elephantine monster whose fourteen eyes I must poke with a smoldering branch whenever the spirit grabs me, and while I still can. A part of me likes all of the mumbo-jumbo, reverence, and intense self-interest. It offers myriad opportunity for cynics. It is my calling, as they used to say back in the great old country that was.