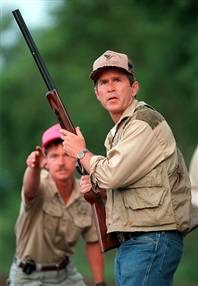 I want to keep writing about politics. I want that so very badly, at least as desperately as I have been the last week. It is best to let it go though, I know. Just because there is an all-you-can-eat buffet available that doesn't mean that you should eat all that you possibly can. I have gorged myself on politics for a few months now and I still have found that I am the only person I agree with, yet I am still hungry for more self-agreement.

While I don't much care for everything about him, I would have appointed Jon Stewart to the presidency if that were within my power. He is an informed and concerned citizen whose heart appears to very much be in the right place.

If we have entered the post-postmodern era of celebrity presidents, one advanced by the actor Ronald Reagan, then why not Jon Stewart for eight years? Then, Bill O'Reilly could take over for a term or two with Dennis Miller as his VP, then Leonardo DiCaprio and Tom Hanks. It all makes good sense and there is money to be made, a series of films out of Washington that explore the many complexities of celebrity presidencies. Kevin Spacey can run this country. I am as sure of it as any voter. These are America's real heroes. Fuck, we could even have flashbacks to Trump's dual tours of Vietnam, when he fought side by side with Rambo. All of it.

Do you see how I can't stop? It's considered a disease. There are 12 steps that will help me better argue with those that don't have it.

I have a racialist friend that posted an article that claimed that calling people racists doesn't help anything. It came as news to America, as you can imagine. As part of that post he relayed a story about a racist friend of his. I swear to Beelzebub, this actually happened. Another friend of his then pointed out his fallacious revelation in a followup post and he did not bother responding. It seems that getting mired in the facts of racism does not advance his message very much. It's unfortunate for him that self-rigteousness and self-education are separated by necessity and purpose.

Read one way, he seems to say that being born white affords you privilege, which then qualifies you as a racist. Read the other way, he's simply calling his friend a racist. You tell me: "Putting aside for the moment that this person was white and, as a beneficiary of white privilege, also a racist, I temporarily accepted their use of 'racist' as meaning racially prejudiced".

He gives no indication as to how long his temporary pardon on the meaning of terms would be in effect, but we must assume that his largesse extends past the point where his thoughts will be forgotten or dismissed.

I suppose it really depends which portion of the sentence he's qualifying after the comma that follows the word "privilege." Seems like the word "and" should have also followed the comma. He is of Mexican heritage though, so perhaps English is not his first language.

I half kid here. He lambasts me for not making enough sense, so he deserves a bit of noise in return. Also, he's a racialist, so it makes good sense for him that he is obsessed with the issue.

I finally watched the Chapelle episode of SNL last night. I can see now why so many Facebook liberals weren't able to tickle their own anuses with pixie dust for a day or two afterwards. Dave contends that we should put the partisanship behind us and give the new president a chance, that there's been far too much division and nothing good will come out of any of it. Few messages anger the losing side more than this one. Where will they derive online identity without an oversized bogeyman to fight.

Don't get me wrong, I have been in bitter knots for a week and can not imagine a worse possible outcome than the one we have, but I accept that outcome. America has spoken, and what they want most is Trump, even if most of us don't want him, numerically. Some wanted Trump, so now they have him.

He will likely not be quite as bad as liberals believe, nor nearly as effective as conservatives hope. So far, so bad. He'll please white people, and haven't they been through enough already. He should have accepted the presidential salary and donated it to a charity. The Clinton Foundation would have made good sense. It would have shown what a theatrical farce campaigning actually is. I mean, I'm sure they may have hated one another but money so helps ease to the acrid pain of hatred.

Also, I'm not against the electoral college. I hope I made that clear in my qualification paragraph, but perhaps it wasn't clear enough. I don't actually know enough to have an opinion on the process. I can read Wikipedia, that's about where I am on the issue, filled with ignorant opinion.

That is where I hope to cease the political portion of today's post.

Regan was a little disappointed that my post yesterday didn't trend better. I explained that this was my fault, the result of me not using a picture of her and then spending the entire rest of the post to discuss politics. Who would like such a thing? I blame myself, of course, she is rightfully an internet sensation and I failed her in my dedication. The Mighty DJ Hathor.

Well, I have work to do. Did I really just write another political post?

I had hoped to charm my readers with irrelevant details concerning my recent local bike rides. The pounding of my heart, it beats so strong... what can I say? Just quasi-poetic meditations on the nature of the middle ages of one man. I have gracefully swanned through my Medieval years. Now arrives an era of Discovery. Then comes Enlightenment. I hope.