"When you're young you get sad" 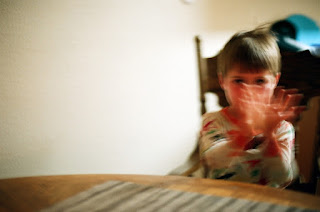 Now, it's raining and I don't know what to do. I suppose I could ride in the rain, or go to the gym. ... the rain has cleansed me of silly ambition.

The other day I was riding along a path, navigating a blind S curve, drinking from my water bottle. It was a bad idea, but that did not become clear enough until the couple walking the other way panicked when they realized that there was no way that I could either stop or avoid them in time. I hit my brakes and tried to swerve, but the back tire slid out a bit just as the girl jumped up enough for me to slide partly near her and partly across the spot where she had just been. I was able to get out a "So sorry!" before I regained control and navigated the final curve, then slipping beyond their site.

I could hear their relieved laughter as I continued pedaling away, so I didn't feel too terrible about it, but it did come to me as a surprise. The new bike goes faster, leaving less time to respond. It has forced me to think about riding differently, and all that entails for someone like me. Since, there has been a near crisis in consideration. I am second guessing everything.

Since Trump's victory I have enjoyed being alone in my own head much less.  I don't like the shape of things any more, and don't enjoy thinking about the future as much. I do not wish to become an embittered man. I know that seems an exaggerated telling, but it's true. Too much time is spent practicing narratives in my head. I see the temptation, the surrendering to the impulse and its results, as clearly as I believe I am able to. It's no good. It's very bad. It's the bad thing that your young self swore would never be. I feel as if I'm trapped at a dinner table and I'm the dad talking.

I might have to cut myself off from all political talk; both sides do little for me any more. When I was younger I believed the democrats held the moral high ground. I started to move left of that party, as did many others, and I started to feel that we were then holding an even higher moral position. Then, in the last few years I've realized that an entire portion of the liberal population are really just a bunch of lazy self-interested dumb-fucks. The worst part of the realization was that I wasn't self-interested in the right way. I had just crowded my life too much with half wits, and then became one.

Discussing anything on Facebook with almost anybody has had a crippling effect on my ability to interact with others, but there's been some negative impact also. It's made me realize that I just stopped giving a fuck sometime in the last ten years or so. I chose a side and I've basically stuck to it, but I've ceased liking many of the people on this side, or agreeing with their narrowing prescriptions of what will best benefit mankind now. The other side has never been an option.

Politics has made me realize how not to be in life, but talk of politics has prevented me from using that knowledge at all. I'm no better than a sport's fan at this point, and I chose my team many seasons ago.

I have a difficult time talking to some of my friends. It's all we talk about; we never agree. I just don't want to be an argumentative middle-aged man any more. I wonder if Christ will have me back. Many say that he offers a permanent co-dependency of sorts.

Ah well, it is a rainy day and I have no music playing.

Could not see that a time as this in life would ever arrive. No glimpse had then yet appeared as to how time becomes another thing, also.