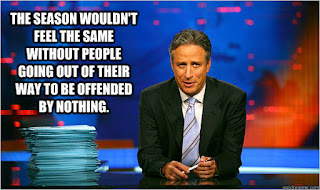 (A sentiment that does cut both ways)

It is true, Regan is a pagan. I've seen her dressed in scarves and beads out dancing in the desert. She likely has scented candles and incense lit somewhere right now, perhaps at the temple where she stores her bras and underwear, a shrine that straddles the Nile, with her whispering bewitching incantations from above, waiting for the sun's march across the Autumn sky, channeling the many secrets and fertile truths of the goddess Hathor.

If you believe that sort of thing.

Do you see what happens when I try to abandon politics? My mind turns to applesauce. She is quite delightful, but my readers would soon bore of that fact alone. I promised to dedicate today's blog to her. I could have done better. I found a good picture of her, but chose not to use it without asking first. Something about my "panties parthenon" and the image of the actual woman did not sit correctly with me. Luckily, I know her to have a sense of humor.

I'll do better dedicating next time Regan, I promise.

It's Trump's War on Christmas now. He will expect a full debriefing this week. As with all other matters, he has ruled in the nuclear option. His team has contacted Santa Claus personally via private weather satellite. He has very strong diplomatic and economic ties with both poles. They are great, great friends of his and have been since childhood. He had an ongoing correspondence with Santa until well into college. He wants to re-open trade talks with Kris Kringle and wishes only to stop the flow of undocumented elves from entering our airspace.

He currently has plans to put a fence on the northern border of Canada.

Some fear that the US involvement in the War of Christmas will escalate into a full blown Wikipedia War, igniting the whole region. Trump will not quickly forget how some attempted to use facts against him. So far he has been a great president-elect, the very best. He has requested that the nuclear codes be added to his Twitter account so that when needed, and only when needed, he can call an air strike on Rosie O'Donnell.

It's true. In a few short months Donald Trump will have the power to put American citizens to death without trial. I know that seems like an outrageous claim. I assure you that it is not. That power is being contested in the courts, because it violates one of the most basic principles of the constitution, but for the time being Trump can call for the assassination of Rose O'Donnell, as long as he claims that she's suspected of being involved in any covert manner with the very real Gay-Liberal War on Christmas.

Trump is expected to also roll out his plan for a wall around Jerusalem. He wishes only to complete what others before him have started.  He sees lots of land development opportunities in Israel. Lots and lots.

No, I have tried to retreat into sarcasm, but that is no place to hide. Santa Claus needs me now more than ever, and mere Christmas carols will not make this nasty hobgoblin go away. How the fuck did this dumpster fire grow wings and take flight?

I guess we found out what Americans are and are not okay with.

People have tired of career politicians, now they want entertaining ones. And why not, really? Haven't the American people suffered enough. Because nothing quite shows the elites what we are made of as a society as does a generous spoonful of Celebrity Intolerance.

Just the other day I was talking with a voter from a red state. He and I disagreed on everything. It turns out that I am quite mistrustful of all of those strange people that I've been accusing of xenophobia. Have you ever noticed how foreign republicans seem?

There are only two types of patriots, us and them.

In the days since Tuesday it has started to become obvious who the white men were that voted for Trump: almost all of them. They have started to trot out their "just give him a chance" suggestions.

The electoral college has been explained to me in detail, that it was designed to give the slave states power that they couldn't have by actually casting votes for their slaves, because that would have been wrong. So, it was instituted to maintain the delicate balance that slave nations require. Now, it is kept in place as an efficient tool to prevent the tyranny of democracy.

If the power to vote as a proxy for your slaves had simply been granted to their owners at the time then this little issue would not now be a problem, but it was not polite to suggest such things then, you see. So, we have a system that makes sure the popular vote can be squelched by process when the time is right.

Suck it up, citizen.

The electorate can be used to silence the votes of people living in cities. This is because the fewer number of people that live out in the country should not be subject to the needs of the majority, or so it has been explained to me with an absolutely determined and straight face. The concept of "area" was described. How the people living in these large "areas" should not have to be subject to a democratically elected president. It's just not fair. We live in a Republic, and there's no mistaking the Suck it up, faggots atmosphere that's been created by this new conduit for capitalist conservatism.

Trump will think nothing of stacking the courts with clones of Clarence Thomas. He has been among the most powerful legislators in America and has done so entirely from the court bench. Trump will appoint Bill O'Reilly to be the Minister of History, of course. I predicted Ronald McDonald would have a place in his cabinet also, and I was not very far off in that prediction. Mayor McCheese, the Grimace, and by necessity the Hamburglar will all have prominent positions at the newly branded White Castle House. I can not wait to see him brand that building with those famous golden letters, like the five fingers that fit in an Atlantic City boxing glove.

We suddenly live in a world where a Pat Buchanan cabinet appointment would be a welcome respite.

Back to the electoral college: You see, we are meant to direct elect representatives, but not the president for some reason. To do so would be wildly tyrannical and would result in a situation where our presidents would then only come from places like New York. Our founders did not want a "mob rules" mentality, or state - because, you know: slaves - so they made sure to give unequal power to the less populated states. This is how our beautiful democracy was designed to be. The educated city dwellers should be subjected to the needs of our farmers, not the other way around. Because these modest plantation owners might not have choices otherwise.

Listen very carefully to what is advanced by the people who would defend the electoral college. These are the same people that will tell you, If you don't like the choices your state makes then you can move... But if you want your vote to weigh more than that of a city-living-citizen then just stay right where you are, poor pilgrim. America has your back, and they're not just going to abandon the many political successes of slavery.

Well, they have their hero now. This is a man that will not suffer the liberal gibberish that has been advanced by the culture that created him. Leaders that have a chip on their shoulder against liberalism always turn out to be the best, the very best, particularly the 20th century versions. The list is too long to trot out here but my favorite was Pol Pot. Oh man, did he have fun reforming his elite, educated classes. They wanted to work, and oh boy did he put them to work in record numbers. He made Cambodia roar.

Now, I write here with my tongue massaging my cheek, of course, but it's all true. I hope that my readers today can see that I am speaking in the hyper-inflated terms that they love and best understand. I'm desperately trying to make any of this funny, but am failing for reasons that should be obvious by now. This predicament only seems funny if you have completely stopped caring, or if you believe that it was time for a regressive cultural shift.

I blame Jon Stewart, in part. He very astutely predicted this debacle and stepped out of the path of the carnage train that he helped to create. His brand of arrogant pretense and snickering smugness is what came under fire in these last few months. It was very shrewd of him to dodge, to try and let that bullet pass by, but do not think that it was not noticed. I have been attacking the premise of his excessive self-regard for some time. He's very good at what he does, but he was inflating a balloon that he could no longer manage and I believe he knew it.

Now he'll return and ask the nation, What did you do?

Many liberals sat around asking where was he in their time of need. Indeed. Good question. Where was he? Not that he would have changed anything, though he might have had to accept the result of the backlash against his branded manner of conceit. That alone would have been worth seeing.

I was watching Seth Meyers (the Jon Stewart-lite) the other night. It was the episode after the election and it suddenly dawned on me that I was having a schadenfreude moment. Something about his visible suffering at the outcome pleased me. It seemed so saccharine, squeezing its way out of his  usually more well hidden pompousness. For a brief moment I felt a touch bad about the feeling, but then I thought of all the people who will actually suffer at the results of this election, and that Seth Meyers isn't on that list, yet.

That's part of what was forgotten along the way, it seems. There is a cultural struggle and it's not going to be won or even advanced by simpering late night tattle-tales, or cultural hall monitors with a team of comedy writers on retainer. Someone will need to make a much more compelling liberal argument than did Hillary, or Jon Stewart. I only hope that liberals have not exhausted themselves making sure that Facebook is a safe space from which to micro-correct minutiae.