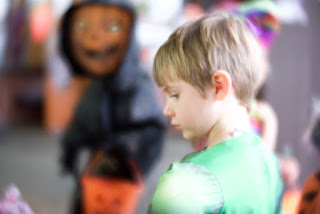 We live in surreal times. I hope they last.

I'm currently in the market for some military-grade tactical combat gear, would also be interested in opening talks with any reputable below-ground bunker builders, and am investigating a time travel device that would allow me to go back and argue Facebook politics before the election.

I know I could get it right this time, if I could only have another chance.

If I could just reach the Bat Belt...

I mention that my son doesn't have his passport and two of my friends lost their fucking minds. They accused me of all sorts of things, but being typical probably hurt the most. I had thought I said it with enough tongue-in-the-cheek, and it might be worth mentioning again here that it wasn't even me that was worried about it, it was the boy's mom. But, ah well... you know me... if somebody disagrees then I'll try to do the absurd thing just to prove them right, particularly if it's easy and also might also cause them anger or frustration.

The boy should have his passport, while the US still issues them.


That anybody takes what is written here seriously is beyond me. I do try to convey my own internalized opinions at times, but much of the time I'm just fucking around. It is shocking that everybody does not see that. Though, I suppose that many years have passed since some of my friends have seen me in person, and perhaps have forgotten what my sense of humor is like - inconsistent at best, a dangerous combination of dry delivery and unplanned direction. I rely heavily on tone.

Ah well. Trump, trump, Trump, trump. You can't make me shut up about it. He is fearless and he is our grand leader.

We have a successful NY business typhoon entering the White House. The Orange Reich. His hair is as beautiful as a hurricane crossing the Atlantic towards the southern states. The first ever of his kind - a babe in the woods, a naif, an accused rapist that shoots from the hip, and a man without any political qualifications whatsoever. All rolled up into one electoral victory. He's our guy now. He rode in on the "lets gang-rape the liberals" platform, which still has some Libertarians high on newly legalized catnip.

42% of American women voted for him. 53% of white women. Only 1 in 100 women voted against their party affiliations for the first woman ever to run for president in the United States. That fact alone should cause some questions to float to the surface. What happened to the idea of equality? I thought that I didn't like Hillary, but fuck.... women didn't even give it that much thought, it seems. I still voted for her, as there really was no other option.

I'm going to rush out and get an abortion while I still can. Maybe give out clinic gift certificates for all my friends for Christmas. Get it while the gettin's good, they say.

I'm trying to strike the appropriate balance here between hysteria and despondency.


Hey, I found something fun. Google has added a "Special Characters" function to this platform.

That's my sign language for Planned Parenthood. We will need these types of codes in this new world.