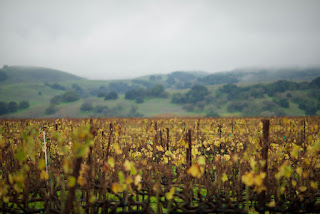 Here is my first Spotify link ever posted. Enjoy. it is meant to be paired with a bottle of Cabernet and the picture above. I have listened to the album three or four times since yesterday. The recording is almost as good as the music. The inclusion of ambient room noise and incidental noise from the instruments adds something very special to the recording, and the music is stellar.

I've been having to use Spotify to listen to new music. The greatest library of torrents ever assembled is no more. Somewhere, that library of torrent files sits on a drive, waiting for me to rediscover. It's a bummer, the site was so much more than just label releases. I had access for just over four years and would have been happy to maintain that access forever. Ethics be damned. Access to rare and unreleased music far outweighed whatever moral reservations I might have had. PM me if you'd like a lesson in greed.

I wrecked my new bike yesterday, sort of. I wrecked my left knee much more. I came to a stop too quickly, after having dropped my water bottle crossing a street. I couldn't get my left foot out of the clip fast enough, and for whatever reason I didn't lean enough to the right where my foot was already free, leaving less resistance for the remaining foot to use to break free from the clip. Over I went, quickly and certainly, to the ground.

It doesn't sound like much, but I went down hard. Stayed there for a while moaning, crawling away from the contraption, trying to escape its pain and shame. Runners, two of them, slowed to ask if I was okay. I was tempted to tell one of them that I had an erection that had lasted more than four hours. She was cute. Instead, I moaned and said that I would one day be okay. Because I honestly do believe that.

I took a long, hot, mineral bath when I got home, two aspirin and an Aleve, but the knee is still very sore. Perhaps a presaging of things to come. Training for the Triathlon will not be easy. I received a text last night letting me know that two of my friends had already registered for it. So, my crew consists of me and three women, so far. Do not let this fool you into believing the Olympics will be a cakewalk for me. I'm going to insist that all three of them compete in the "sissies" category.

Is the word "sissy" a dysphemism of sister? It must be. When a boy's not being a brother then quite correctly and technically he must be a sissy. So, Im competing against the three sissies.

I really hope I win. Isn't aging already shameful enough? I should be expected to endure no further indignity. I will not only need to win, I must also crush my opponents. As long as my time is better than their's when totaled then I'll still consider myself victorious over the other gender.

If I finish, I win. It's only fair. They have me outnumbered. That is how the Olympics work. It's like the electoral college, designed to suppress the tired voice of a nation. All you need to win are well-placed voters hiding in the desert.

I do need a pace group. Because I have only ever exercised by myself the one main thing I lack is an effective tempo for these types of things. I burn myself out in the first hour or two and then only hope to hold on after that. It's not a strategy often employed by those who have ever tried this stuff before. The threefold purpose of me wanting to do this event are as follows: to put an exercise goal in front of me to work towards, to learn to pace myself better over time and to develop a different cardio workout, and to completely crush the fairer gender on the leveled playing field of physical competition.

The first two are negotiable. If I fail at the last then I'll shave my head. I promise.

I'm not sure, but I believe that I'm meant to receive an Apple watch from my company soon. There is a lunch next week with the CEO. This should pair well with my current needs, I hope. There are apps that are designed to improve every part of me. I've been trying to get people to pay attention to my workout regimen for years, this should cinch the deal.

Strava has developed a sex app that can tell you what you're doing wrong, even when you're only practice-training. I'll need that. I hope it works on my left wrist. How am I supposed to improve, otherwise? There had better be tutorials.

The iPhone needs an app-analysis feature. If you haven't used something in a year then it should just disappear from your phone and be replaced by a new U2 single that they are unable to unload elsewhere, or through traditional sales channels.

U2 is working on a way to force everybody to listen to their new album on Christmas morning, from beginning to end, as soon as a child opens their first present. I'm sure of it. They are the best in their field at scripting the unified dissatisfaction of their listeners. Giving discontentedness both a voice and a soundtrack. They accomplished what they set out to do: they created a generation full of people that just could not take it any more.

I've never been more certain of anything in my life. - Walter Sobchak

Well, that's my life update. Take it or leave it. There's a little bit of music in there, a bit of sexist trash talk, then back around to what used to be music.