They Are All Swing States 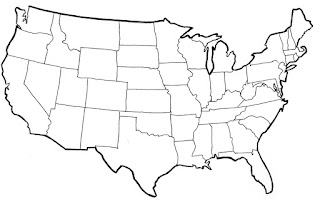 I didn't mean to suggest yesterday that I was smarter than my liberal friends, which I very much am. We know it's only cool to claim that you're much smarter than Republicans, Conservatives, Libertarians, and those in the Tea Party most of all. It's easy, because it always seems true when you repeat it so often.

Somewhere along the way liberals forgot that poking rednecks in the eyes for being ignorant and worthy of comedic derision falls outside of their own moral framework. They were all in shock that rednecks knew how to vote, and when, and why, and that voting against the interests of liberals was maybe in their own best interests. Even the pollsters ignored them as being nearly irrelevant, and so did I. Only opinions from within the city limits were gathered, it seems, where people are more agreeable about how adequate Hillary is. Or, was. It seems that everyone forgot that equality and treating people with respect applies to those that you don't believe deserve it, also. Now, those rednecks have hoisted their candidate of choice into real power.

Also, women. Women voted Trump into power. Think about that. It seems inconceivable, but we're always told that women know things in a very spiritually mystical way. They have access to the universal truths of divinity, the cosmic motherhood and all of that. Those women did not want Hillary, or at least not in great enough numbers.

For some time now I've pointed out that shows like The Simpsons, Family Guy, 30 Rock, and just about name it on any network... they've all thought nothing at poking everybody that doesn't live in a city in the eyes with branded fireplace stokers. The ex-wife noticed it also, because I would hammer on about it at all opportunities. When they just thoughtlessly made fun of the rural population, trotting out the same tired dual-jokes of incest and accent, I would point it out and ask, Would it be okay if that same joke was made about any other group, or population? Why are liberals so at ease ridiculing one group while revering the suffering and plight of another?

The ex started noticing it, also. It's nearly impossible not to once you look for it. The easy go-to target was anybody that chose to not live in the coolest city in their state. Liberals never seemed to notice that very few black people mocked southerners by adopting a faux southern accent. That sort of mimicry hits a little too close to home for many of them, and they know all too well where those sorts of diminutive behaviors lead. They have also been mocked as caricatures, and they don't like it at all. You'll find that nobody does, but white people (mostly) have been hammering home that same ridicule on social media since Tuesday, still not understanding why they got their asses kicked. They act as if this is a punitive presidential election, directed solely at them, and in some ways they are quite right. The people have spoken, and they are sick and tired of faux liberals.

It's everywhere and nobody seemed to notice or care, because that group wasn't marginalized in the same way as other groups. They seemed to lack the chic of urban disenfranchisement. It was so easy to claim that the racism liberals were fighting against was caused by those same rural-ites anyway. Who was going to get behind their cause? It turns out, they were. Little matter that Trump rallied them and will now very likely desert them. They wanted their voices heard and they wanted to shut liberals up. I can't blame them, at all, though I wish that there would have been a better way for them to be heard.

Now, in full disclosure, I mock everybody for being stupid, because I'm both insecure and witty, so I use that wit as a pro-active intellectual defense mechanism. Anybody that knows me can see this. But, I've had a growing distaste for self-proclaimed liberals for many years now, and a small part of me enjoys the feeling of cognitive dissonance that I've been wading in with them since Tuesday night. In trying to speak for every group they forgot to speak to everybody. Few people epitomized this fault better than Hillary. I suppose now she will retire entirely into the private persona that she cited so fondly and privately shared with Wall Street execs.

She was a faulty pick, and many seemed to notice this, but very few recognized that she was going to lose. I still had my hopes.

I know with certainty that I will hate the direction that DT is choosing to take this country, based only on his announced cabinet picks as being nothing more than a washed up republican goon squad. He will be an unmitigated disaster to the causes that I care most about. But liberal tears do taste so sweet, they are filled with the saccharine of confusion and the failings of smug condescension.

This election is Shakespearean, in at least that one regard - when considered as being safely and entirely detached from reality. The reality of it is still very much a nearly unimaginable horror, for "us."  The next four years there will be much fighting. Governmental control has now been roundly handed to the wrongest of people. Just because I hate liberals, do not be confused, I hate conservatives much more. Republicans have always represented the worst in both dogma and doctrine. That hasn't changed a bit, and how could it now?

But, man.... liberals do not like elections. That's the only conclusion to draw from all of this, unless you follow Ann Coulter on Twitter like I do, then you'll also know that liberal women are fat and useless. So says Ann.

I just made the post, "Is it just me, or does Ann Coulter look like she's lost a little weight?" So far, only women have "Liked" the post. So much for body-shaming, I guess. Women seem to really love that stuff when properly directed. The post was in response to Ann Coulter's fat-shaming of women on Twitter, but nobody needs to know that for the post to be funny, so.... why bother telling them?

Ann Coulter looks like my kneecap, especially when I have a knee-sized tear in my skin-tight lycra pants, and I put a little line of lipstick on it and make it dance.

Well, it's true. My kneecap shares her unique complexion and odd facial disposition. It only needs a dash of color around what would be the mouth.

The election was unanimous in one way: everybody can agree that America is divided. The bubble of the Obama presidency has burst. It's time for liberals to fight again and more, though many of them have forgotten how by now, and I no longer trust their motives. They have shown that all they really wanted was to subjugate others to their narrow view of politics and society. The focus on individual and group-defined identity has shifted.

Most of the people that I know are still wandering around in a daze, asking how this could have possibly happened, and I very much share those feelings of sudden disconnectedness. The lesson here is that people will vote for things before they'll vote against things. People voted for Obama, they did not vote for Hillary. At least not in the important areas, you know the ones we've all been laughing at all along.