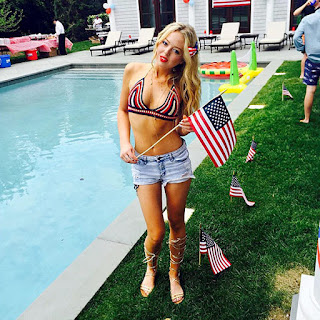 I have been waking up all night, again. I did not make my normal medical-marijuana tea last night before bed. So, either that crazy, dangerous pot stuff really works or I have become habituated to it and now can't sleep very well without it. Perhaps both. Why can't it be both?

I live in mild anxiety about developing chemical habits now. I recognize that they'll likely be for life, like any sports injury I incur at this age.  I wake up and I suddenly have a new lifelong addiction, or a pulled muscle that never heals. It's no good. I permitted myself a daily coffee allowance - two cups, sometimes four - but that's it. Nothing else daily. I've even cut out wine and beer from being quotidian, which has worked out swimmingly, though I have found other things to waste my money on of course. I was quite smart to divest of my holdings during the Obama years. I'd hate to have all of that cash now.

I don't really waste my money as terribly as I suggest. I love the things that I buy, and have no regrets, particularly with the cameras, lenses, and bikes, all of which have reached their sensible saturation point. Whatever lenses and cameras I buy now will be purely ancillary, or is it secondary? I have two "pro" camera systems, and now only require more time to wander. That is the one thing that my spending habits do not provide me, time.

I do not share the same trepidation towards approaching unknown people to take their picture as CS does. He has real problems. People love me, always have. Once they get past their initial mistrust of everything I do or say then things are fine and we are all good and close friends. When the time is right I bring the camera to my eye, obscuring my face, then pilfer a portion of their pneuma. The shutter opens and reveals the empty plane of Nietzschian darkness.

Once at home, I transfer the image to my computer where it can glow alone in the light of mauvaise foi, or is it merely a touch of jolie laide?

Well, today looks to be another without riding. My happiness has come to depend on it, like Dolly's Jolene. I have entered the middling years of messy life-guilt, wondering where two decades went, soon three. While others may retreat into yoga to manage their choir of screaming voices, I find solace in daily risking my life and the lives of those around me. At 200 pounds and ~15 miles an hour I can kill almost anything except maybe a car, or a medium-sized bear.

Wait, I am a bear - gay men simply love me. Some of them. It must be my NY snark, which I am losing in the sunshine of California. Gay women treat me with conversational caution, mostly. They always seem to be waiting to hear me say something that I probably shouldn't be saying, and I so do not care to disappoint.

There must be some that suspect my dissatisfaction with liberals indicates a private impulse to announce support for the right. Few things could be further from the truth. While I would concede that not everything the right advances is necessarily wrong, I have not made the mid-life "conservative shuffle" to the right that some might be waiting for, and some even consider as normal.

Just because I'm a disappointed white man in middle life doesn't mean that I'm going to vote for Romney in four years, which is what we're now being set up for. Either that, or the family dynasty that Trump is trying to prematurely install at 1600 PencilVanya, with that inbred elf of a son of his. He has that mean, stern look of natural cruelty that wealthy kids can sometimes possess. He can only achieve climax while watching kittens drown in a champagne fountain he has in his private chambers. His Secret Service code name: Badfinger.

One almost gets the feeling that Trump could launch a new product line in his first 100 days, if only to justify using diverted national resources to advance his interests, which are now married to the interests of a nation. He has a son named Barron.... Barron von Trump, I think. I wonder if that kid has ever sniffed Tiffany's underwear, or maybe her discarded jean shorts around the sweet spot. She looks like a real pool party. If she had not been born wealthy then she would have been born in Florida, instead.

Am I going to die because of this post?

The Secret Service will absolutely love this family - hookers and blow, then more hookers, and then more blow. I mean, can you even imagine how much fun they're going to have now. Only a triumphant return of Bill Clinton would have competed with the air of jubilance they must be experiencing at the Confidential Cubicles - nights in NYC, luxury travel, fine dining, hookers, blow. Only a small handful of them will ever see Washington again.

Fuck. Did you see that? Politics crept back in here while I was dreaming of coffee, like my girl, Carly Simon. I bet you think this post is about me? It is, but I'd like to kiss Carly Simon's lips, in 1973. You gave away the things you loved, and one of them was me.

Not me, Carly, not me. You and I would've made such a pretty pair.

Isn't it pretty to think so?

I took a ribeye steak out to lightly season. Before the sun comes up this morning, standing outside near the rain, I am going to sear it on the grill, then have it medianamente-rojo for breakfast with over-easy eggs, perhaps also the bottle of Dassai sake that my buddy sent me.

It is that type of a dark, wet morning. The future feels bleak in the pre-dawn of this four year era. It is best to laugh a little at the quietude, at the stillness that drowns everything except wakefulness.