Unfit for the Oval Orifice 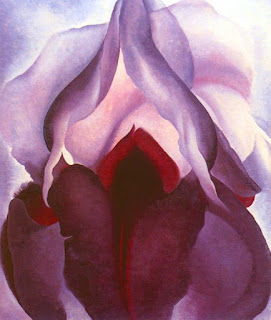 Nice ring to the subject. This need not be a political post. We've all been through a lot, everybody enjoys a break, a deep breath, and then an endless stream of posts leading up that long muddy hill to November 8th.

When you take a flower in your hand and really look at it, it's your world for the moment. - Georgia  O'Keefe

Speaking of a break... looks as if we're going to get a break in the sunshine over the next few days, just non-stop rain and overcast skies. I would close all the windows and clean my apartment, but I have the boy all weekend and he does not relish newly created order in the same way that I do. Sometimes I think we're complete opposites, but age can do that to a person, make them feel as if all of life is disappearing and as such is also against them.

I mean, it is, but one need not feel that way all the time.

Here's an excerpt from an article I recently read, concerning the Darwinian take on longevity and death:


Chew on that for a bit: You're not sick, you've just entered your golden phase of Statistical Uselessness. You should consider this a relief - to no longer be burdened with all the fussiness of procreation, the many buttons and zippers of good hot, sweaty, life.

My plan is to trick Darwinian evolution altogether and die during childbirth. Jesus Iscariot, that sentence contains some dark seeds.

I used to make an open joke around people that barely knew me: I would claim that both my parents died long before I was born. It would take hours for some people to get it.

It turned out to be a lie.