"A boy's best friend is his mother" 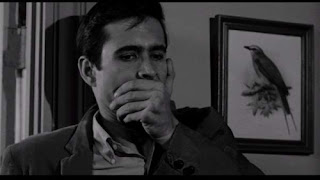 Well, it looks as if I'll be buying that Trek Domane 4.5. I shouldn't, but I have allowed my obsessions to ride off with my senses again. Now there will be no stopping me. Once I want something I move towards it as the sun does the horizon - inexorably, and until it is dark.

I went for a test ride on Saturday and became quickly convinced that this bike will complete me. The result will be my happiness when I am on it and riding. It is a triumph of industrial beauty. The bike I rode was the disc brake version which is not what I want, but the caliper brake model will instead be completed sometime later this week. There was a problem with the bottom bracket, the bearings were not seated properly, so a part had to be ordered.

I told myself that this was a sign for me to take a step back and really think about whether or not this is what I want, but it is, it is, it is, and the step back only allowed me to better focus my obsessions on their most recent object of fondness.

Riding a road bike is odd at first, at least when compared to the mountain bike experience. It seems as if you give up a few very important things only to achieve more speed, but the near effortlessness with which you can gain that extra speed is really something, once acclimated to, and once expected out of the machine between your legs. It becomes the sole temptation, the feeling of diminished resistance in the form of tempo and momentum.

I took the bike up the Sonoma Valley, even a few miles up Cavedale Road, a treacherous mountain trap that offers to kill you at every bumpy hairpin. The shoulders of the road give way to rock-lined irrigation ditches, or to certain death on the other side. I kept asking myself what I would do if the nearly untested disc brakes went out. The only viable answer was the ditch, which upon closer inspection turned out to be no answer at all, or perhaps the final one. There were unforgiving rocks the size of my abdomen and skull all lined up and almost covered by the soft brown grass that can be seen everywhere here. The outline of their jagged shape could be witnessed like the knife through the shower curtain.

Sorry, a buddy and I were discussing Hitchcock over a beer last night and I woke up inside of a dream this morning where I was making a poached egg in the Psycho shower scene bathroom. I dropped the newly poached egg into a shirt for some reason and then could not get it out. I was frantic about not getting the yolk all over the place for some reason. Maybe because I knew they were filming. The egg kept growing until there was nearly a basketball sized half-cooked egg cradled inside of a red and black plaid lumberjack's shirt. Some hideous shifting monster of semi-solid womb, an amorphous un-egged terror growing in my hands, destined to burst.

Some people give a lot of credence to their dreams. That one was just nonsense, I think. It's so hard to say, so easy to read into.

Well, I have the day off from work, so before I waste it by sitting here typing out editorialized commentary on my own dreams, I'll put on my riding clothes and huff my way up the valley until the poison blood has been sufficiently let free once more.