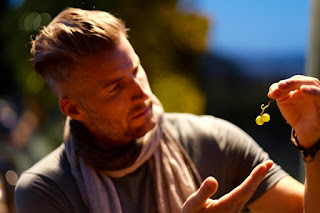 My friends crack me up. One wrote me yesterday, concerned that I might have been serious about paying a woman for sex. He explained that it is immoral and I readily agreed that to sell such a thing would wrong, though I do not believe that at all. Individual circumstances might be sad and unfortunate, but I have no moral qualms with the actual transference of money for sex. I guess I should, based on what so many others have to say about it, but I don't.

Almost the entire scatological piece yesterday was written as a joke. I was channeling all of the crudity of recent political talk. One can only suffer so much before the word asshole is the only one that makes sense any more. Naturally, once you've employed that individual word then the phrase How much for your asshole? falls neatly  into place.

The universe has a beautiful order to it.

I unexpectedly went to a wedding last night. It was a minor disaster. To drink well once must practice. It should be part of a healthy daily regimen. To try to do it as I have - taking breaks - causes much unnecessary suffering.

I took about 1200 pictures last night, to give you an idea. I was mocking the paid photographer's gear almost quietly, letting people marvel at how beautiful my camera and lens combination is, being a general nuisance. Drinking all of their wine and verifying if all the women I met were either married or very married.

That's what I'll be doing in the film.

Now, I go to test ride a bike. I'll do the toughest ride that I know of here in the valley. We'll see how well it lifts all of my money out of my bank and then up into the sun where it belongs.