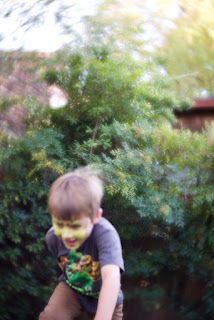 I need a vacation. I'll likely take one this week, for at least a day. I have not been able to catch up with myself very well, or for very long. I need a friend that can obtain consistently quality steroids, human growth hormone. My body lingers too long in the grip of recovery. I have the UGT2B17 gene, so I'm sorted at work and if I choose to compete. I can pass any multiple choice drug test.

A one day vacation is not, that's just a day off. I still need one. There was a ramping up at work with some additional responsibility that I took on, then I received a promotion to a position with greater complexity. Now, I am exhausted heading into the holidays. It has been a long time since I have taken an actual vacation, about a year, I think. I've had extended weekends here and there, that's it. CS tells me that I am full of shit, and he may be right, but he is other things, also. That aging redneck is on vacation right now in NYC, yucking it up, growing hair in his ear holes, spending my hard won inheritance.

He missed the full Hunter's moon. They don't have those in New York any more. De Blasio banned them.

I'm in the mood to drink a bottle of nice red wine, but I was having beers and wines all weekend. I don't want to have to move up another size in Spanx. By the end of the weekend a pair of jeans that I just had hemmed and had been wearing comfortably were starting to seem tight, and not as if I had just gotten them out of the dryer and that things would be better in an hour, but rather that I was made of yeast and had just emerged from the oven.