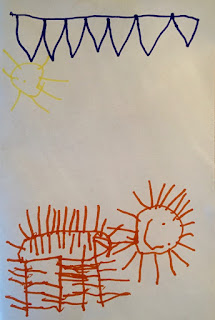 I feel empowered by this election cycle. I think I'm going to find a Mexican and appropriate something from their culture, or maybe just beat them up and call them a "Jew." To the reasonable people that are left in the national conversation it really is starting to seem like it's the blacks, the Muslims, and the Jews that are causing all the trouble for America. Or, it could be the Aleppan refugees. This message is being hammered home, as they say. The problems are not necessarily in that order, but the idea of the threat of otherness is as old as the Great Testaments.

It's astonishing to me that there are people out there that seem dedicated to advancing the idea that there would be no racial problems, or far fewer, if the liberals would just stop race baiting the whites the way they have. This "political correctness" stuff has gone too far. Far too far! some have lately screamed. It's as if the only thing that will make liberals happy is equality.

Once we roll back political correctness to pre-Obama levels then we can rationally discuss liberals being allowed to form their own nation again. A small undefended nation perhaps back where liberalism probably came from, like Europe. How the fuck did we ever let liberals join the military?

The Right should have never let the Left take Christmas. That was their Poland. They should have come out shotgun-shooting when the godless came after the nativity scenes in government buildings. To adequately understand the separation of church and state it's most important to Second That Amendment!!! Holla', ya'll.

#OccupyJesus. Holy Fucking Batdance... I just realized that there is no way... that I could have thought of... #OccupyJesus... So, I did my extensive "research." You're very welcome. I wear a Large Mens.

Have I explained that Jesus was a sectarian? The occupation of the temple is a subject that we went over in part yesterday. Even the esteemed authors of the gospels using the nom de plumes of the apostles couldn't stop themselves from embedding the important sectarian fact well into the Christian myth. It mattered far too much, even then, and hasn't let up much in two thousand years, or even five thousand, hopefully a few thousand more.

I was about to ask out loud how Jesus invaded our peaceful Sunday morning here, but then I realized: I was writing about politics in America. Has a Republican told you lately how much their party has done for The Blacks? You know, Lincoln. Just ignore everything since around 1964 and you will see the true truth of republicanism my dark-skinned friends. After that, you should know how to vote. Stop acting as if it's the Democrats that like you when really it's the Christians that hate you. You see, even Newt Gingrich has started to change his messaging. The way to care about Blacks is to pander to them as a voting block. Tell them they're stupid for voting Democrat. They love that.

The tattle-tale atmosphere from one side meeting the brazen bigotry on the other, both competing to more adequately assign the label of neo-fascist to the other, both failing in almost the exact same way. In this atmosphere of mutual uselessness I almost invite the "big government" takeover that everybody is so in a fright about. None of these people ever seem to look at small government and ask the simple question: Are we sure that we want this? Local governments are free from all tyranny, you see. Just look around and pretend that your nation could be run the same way that your school district is. Village politics have served us so well in that imaginary America that never existed.

I've tried to listen through the media coverage to determine why there are still so many that would support Trump and one need look no further than Hillary Herself, though that does not explain it in any complete sense. There is more. A few aspects of that support for Trump do become clear, but at such a tremendous cost in willful ignorance that it is and has been a lost cause all along. The Clinton side is only marginally better, but that's all that it takes.

Though to be very clear: it is better. I hate to admit this. It pains me, but it is not reasonable to assume as many have tried that Clinton and Trump would both cause equal damage. They wouldn't. Trump's would be far more fun to watch, at first. The hideousness that Clinton will unleash will be a set of concealed acts as any president can possibly pretend to function under the weight of. We'll have no way of knowing who was the most secretive of the presidents of the last 40 years. All of the presidents since Nixon have learned the painful lessons of how best to govern. Clinton must have a coven of Kissingers hidden away somewhere.

One gets the feeling that this may be the last time America dodges its own bullet. It may be among the last they openly laugh about, once it all seems over. This rise in race-specific nationalism and religion-based bigotry began its most recent push right about the time the Palin nightmare hit the big screen, which coincided neatly with Obama's first victory. Coincidence? The 2010 elections should have warned everyone what was coming, but that was not the effect that it had at all. Republicans have wished for a return to a time of more well established troubles, a pre-lapsarian balance of white over black. The Democrats are more eager to replace those old troubles with some branded new ones. 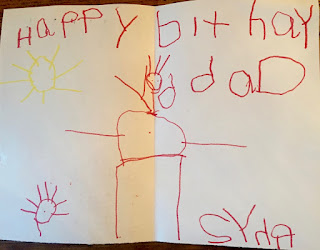