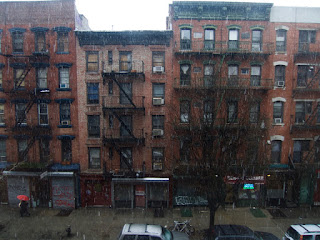 A remnant of the old Alphabet City passed away a few days ago. He was a street drug dealer in what used to be called the Lower East Side. Now known as the East Village, soon to be known as Villa Walmart. There was nothing good about him, Benny, though he was harmless as far as street dealers go. He was a local pariah, but he somehow kept an eye over the neighborhood and likely diverted some other types of crime elsewhere. I could never figure out why cops let him function the way that he did, unless they simply found a separate peace with him, or like all others had simply given up on him long ago.

It was an overdose. He was 57. His heart and lungs finally gave out. His brother was the superintendent of my building and Benny was a perpetual shame to their family. He still lived at home with his mother and everybody knew what he was up to. He was an open secret, of sorts. There was nothing secretive about what he did. He exercised discretion only as a survival tactic.

Anybody familiar with William Burroughs' writing, or through other channels, will remember the reference to "bennies" as being one of the higher quality pharmaceutical speeds. So, there is poetic closure to his death, as well. The beatniks sure loved their speed. Sylvia Plath mentioned them also, in her overrated attempt at novel writing.

Reports from the east say that Benny had just been released from the hospital the day before and had been warned not to keep pushing his luck any further with crystal. Luck was not what he was shooting for, I guess.

My informant reminded me of a time that I marched Benny around the neighborhood with my black leather belt used as a leash. He said that it was the only time that he ever looked scared at what might happen next. It was true. I'm still surprised that Benny never stabbed me, or never even tried to. I didn't buy into his street values, though I did find them fascinating at times, the grim art of survival in a vanishing world. Text-based delivery services must have really put the hurt on operations over the years.

The belt incident reminded me of a time when I watched the world-renowned spiritual dr. diet guru, Jubb, buy coke from Benny on the front doorsteps of my building. Even the most spiritual of health people need to sometimes escape the doldrums, I guess. Shortly after that I heard that he had his child taken away from him because he tried to splint a broken arm or leg with chopsticks. Then there were reports that his wife caught him cheating again and she withdrew the funds that were keeping his health shop open in the East Village.

He promoted breatharianism, where he claims to receive his necessary nutrients from light and air, and the occasional liquid, which was often his own urine, tea, and honey. Donna Karan was one of his acolytes, which lent his operation an air of authenticity for some.

But, you know, Benny was a no-nonsense drug dealer. He dealt to anybody with money. He maintained little curiosity about his clients, even less about the world beyond them. He wasn't what anybody might consider an intellectual, one who arrived in the East Village well-read and informed about the coolest bands. He arrived as a child from Cuba 40 years before and never left the neighborhood for long. Never even left the front steps of his mother's apartment building, which were two doors down from mine. He functioned a a sort of sentinel to 12th St between Ave A. and B., or maybe a gargoyle.

He asked to accompany me to gigs so that he could sell to a better clientele. I explained that my friends would not suffer his corruptible practices, that they were not understanding like me, that they could prove to be less than friendly when sold inferior product in a superior environment. Also, he had all the wrong clothes for my friends. The shirts he wore are known as wife-beaters, though Benny never had the wife portion of the garment, one that might complete the fashion. 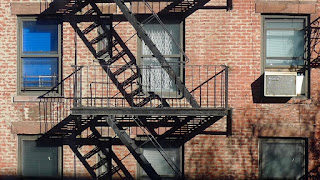